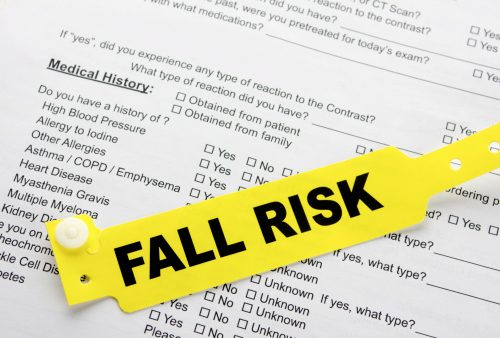 June is National Safety Month, so we have compiled some of our stories regarding health safety, including topics on UTI, falls and fractures, traumatic brain injury, and Alzheimer’s disease.

The goal of National Safety Month is to make people aware of the possible health risks  and show them how to prevent injuries that can lead to lifelong disability and negatively impact their health. National Safety Month touches upon topics like medication and prescription safety, driving, biking and walking safety, first aid safety, as well as prevention of slips, falls, and trips.

UTI, blood and respiratory infections cause falls in the elderly: Study

Findings presented at the Infectious Disease Week 2015 showed that seniors who end up in the hospital after experiencing a fall often also have an infection. UTIs, blood and respiratory infections were found to be the most common infections in the elderly who experience falls. Researchers also suggest that although this is common in the elderly, younger adults could also experience the same results.

Study investigator Farrin A. Manian, M.D., said, “Over the years, I’ve been struck by the fact that some of the more serious infections I treated were in people who came to the hospital because they fell. Even though many of the patients had vague early signs of an infection, such as weakness, or lethargy, it was the fall that brought them in.”

The researchers estimate that infections are responsible for 20 to 45 percent of falls experienced by the elderly. Falls by infection can result due to a drop in blood pressure or added confusion in those already diagnosed with dementia.

For the study, researchers examined 161 patients admitted to emergency because of a fall and who were diagnosed with a coexisting infection. Seventy-one of them had a UTI, 64 had a bloodstream infection, 37 had a respiratory infection and nine had an infection of the heart valve. Initially, 41 percent of participants were not suspected of infection as they did not show the typical symptoms.

The findings suggest that more consideration to the cause of falls should be given to infections, and how the person is feeling should be considered as well. Continue reading… 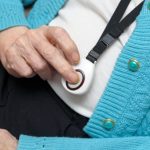 Falls and fractures in the elderly linked to muscle loss, sarcopenia

Recent research has revealed that older adults who suffer from age-related muscle loss are at higher risk of experiencing falls and fractures. The researchers from the University of Southampton looked into sarcopenia – muscle loss and function – and found that those with the highest reported muscle loss had the most falls and prevalence of fractures within a year.

Muscle loss for those between the ages of 40 and 80 ranges from 30 to 60 percent and is associated with disability, sickness, and death. Unfortunately, there are no universal guidelines to diagnose a person with sarcopenia and thus reduce their risk.

Lead author Dr. Michael Clynes said, “All of these definitions recognize that measuring muscle mass in isolation is inadequate and a measure of muscle function is also required, but there are differences in how function is assessed. Due to these differences, an individual may receive different diagnosis depending on how he or she is assessed. This is important because the better we can identify sarcopenia, the more insight we have into the health issues and risks patients face.”

Researchers analyzed a group of elderly adults using the three definitions of sarcopenia, along with dysmobility syndrome criteria, to determine how different diagnoses correspond to the prevalence of falls and fractures.
The definition provided by the International Working Group on Sarcopenia identified the most cases of sarcopenia and was linked with higher numbers of falls and fractures.

This association was not clear when using the definition provided by the European Working Group for Sarcopenia in Older people or the Foundation for the National Institutes of Health Sarcopenia Project. Continue reading… 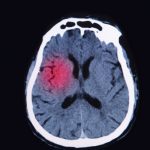 How big is the problem of traumatic brain injury? Well, in 2010 alone, nearly 2.5 million emergency hospital visits were due to a TBI. TBIs contributed to over 50,000 deaths, and over the last decade there has been a 70 percent increase in TBIs. It is important to note though that TBI-related deaths have slightly decreased.

Falls are the leading cause of traumatic brain injury, affecting the youngest and oldest age groups most often. Other common causes include being struck by or against something, motor vehicle traffic accidents, and assaults.

A Canadian study looked at the growing rate of seniors experiencing TBI and found an increase among those over the age of 65. The researchers examined data of hospital visits and deaths resulting from TBI. Study author Terence Fu said, “During this study period, hospitalization rates remained steady for children and young adults, but increased significantly among adults ages 65 and older. Elderly adults were most vulnerable to falls and experienced the greatest increase, 29 percent, in fall-related hospitalization rates. Young adults were most at risk for motor vehicle collisions, but experienced the greatest decline in MVC-related admissions.” Continue reading… 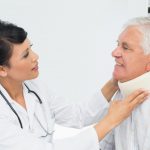 Researchers at the Vanderbilt University Medical Center have uncovered that spinal cord injuries are not only on the rise, but are happening more frequently among the elderly.

The spinal cord is a long tube-like structure that runs from the brain stem down to the tip of the spine. It is essential to the human body to carry messages from the brain to other parts of the body. Because spinal cord injuries can often lead to paralysis, it puts added strain on rehabilitation centers as well as hospitals as these individuals require long-term care.

Data from 63,109 patients with acute spinal cord injury from 1993 to 2012 was analyzed to better determine populations most at risk and how to prevent these types of injuries. 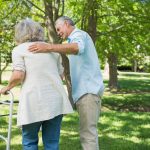 Falls in men prevented with exercise

In older men, regular exercise has been found to reduce the risk of falls that lead to serious health complications and negatively impact their quality of life. Study author Dr. Thomas Gill said, “The physical activity program was more effective in reducing the rate of serious fall injuries in men than in women.”

The study included over 1,600 inactive men and women aged 70 to 89, who were either assigned to a long-term, moderate exercise routine or a health education program. Exercise activities included walking, flexibility training, stretching, and balance training. Continue reading…