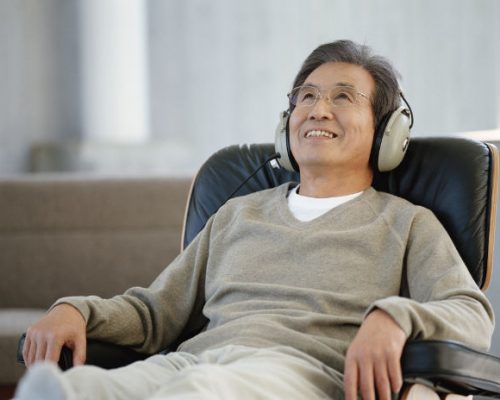 A new study from McGill University has explored the way in which the music we listen to triggers autobiographical memories. Researchers discovered that musical cues can cause happier memories to come forward much faster than sad, scary, or peaceful ones, and also discovered a link between the mood of a piece and the type of memory it brings forth. Happy and peaceful music was found to encourage the recollection of positive memories, while sad or frightening music encouraged the recollection of negative memories.

To come to these conclusions, the team gathered 48 volunteers and exposed them to 32 newly composed piano pieces that were not previously known to them and as such could not be previously connected to a specific memory. The pieces were grouped based on two dimensions of emotion: valance and arousal. Valance is the measure of whether a feeling is positive or negative, and arousal is the level of intensity with which it is felt—high or low. Four groups were created to classify the pieces, with happy ones considered to be positive with high arousal, peaceful ones considered positive with low arousal, scary with negative and high-arousal, and finally, sad with negative and low arousal.

Participants were split into two groups and the order that they were exposed to the pieces varied based on which group they were in. The first group listened to the pieces in a randomized order, while the second had them played in blocks depending on their classification—meaning all of the happy pieces were played together, all of the peaceful pieces were played together, etc. Participants were to recall previous events in which they were personally involved and took place in a specific place and at a specific time, and they had to have lasted for less than a day. As soon as they had accessed a memory, they were told to press a computer key and input the details of the memory. Researchers made note of how quickly the memory was accessed, how vivid it was, and the emotions that were associated with it.
The results found that when participants were exposed to musical cues that were positive and highly arousing, memories came to mind much faster, meaning cues that were classified as happy triggered memories more quickly. Co-author Signy Sheldon explained, “High cue arousal led to lower memory vividness and uniqueness ratings, but both high arousal and positive cues were associated with memories rated as more social and energetic.”

The study also found that the emotional nature of the memory—whether it was positive or negative—was also linked to the valance of the musical cues, and it was especially evident when the pieces were presented randomly. Co-author Julia Donahue commented, “It is possible that when cues were presented in a random fashion, the emotional content of the cue directed retrieval to a similar memory via shared emotional information.”

Related: Why you can’t get that song out of your head