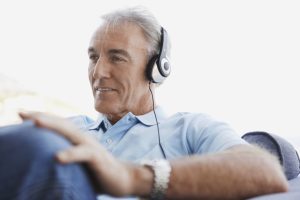 Ever had a song stuck in your head? Many of us have experienced this nuisance. It’s as if no matter how hard you try or what you do, you keep on singing the same tune. British researchers decided to dig deeper into this “earworm” effect and find out why it happens with some songs and not others.

Study author Dr. Kelly Jakubowski explained, “Regardless of the chart success of a song, there are certain features of the melody that make it more prone to getting stuck in people’s heads, like some sort of private musical screensaver. These musically sticky songs seem to have quite a fast tempo, along with a common melodic shape and unusual intervals or repetitions, like we can hear in the opening riff of ‘Smoke On The Water’ by Deep Purple or in the chorus of ‘Bad Romance’ by Lady Gaga.”

A common melodic pattern is the rise and fall of pitches. An example of this is the song “Twinkle, Twinkle, Little Star.”

The study found that 90 percent of people get a song stuck in their head at least once a week, and it commonly occurs when the brain is unoccupied.

To uncover why some songs are catchier than others, the researchers analyzed data from over 3,000 people. Participants were asked to list songs that are most likely to get stuck in their heads. Melodies of these earworm songs were then compared to popular songs that were less cited.
Earworm tracks were typically faster, fairly generic, and easy to remember. Songs that also got more radio play were more likely to be stuck in someone’s head as well.

Dr. Jakubowski added, “Our findings show that you can to some extent predict which songs are going to get stuck in people’s heads based on the song’s melodic content. This could help aspiring songwriters or advertisers write a jingle everyone will remember for days or months afterwards.”

So if you’re annoyed with singing the same song over and over again, the researchers offer some tips for debugging your ear.

Listen to the song fully, so your brain stops looping it.

Try not to think about the song and allow it to fade out.