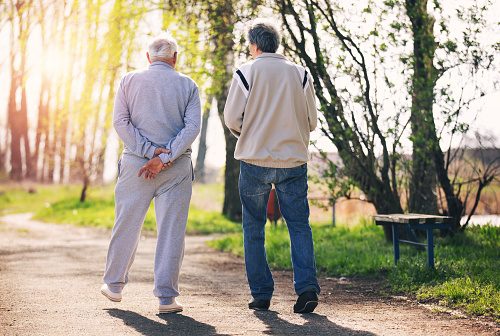 Dementia is a condition where a group of symptoms affecting memory, thinking, and social ability prevents a person from performing everyday tasks. This often leads them to become dependent on others. There is no definitive way to predict the onset of dementia, with most cases simply being diagnosed after the fact. A new study aims to change this by proposing a new method of testing involving our walking ability.

The effect of dementia

It is currently estimated that about 47 million people suffer from dementia worldwide, and this number is projected to increase to 75 million by 2030. Dementia is not a normal part of aging. It is a combination of symptoms that are progressive in nature. Dementia not only affects those with the condition but also family members and caregivers. Everything from physical, emotional, and economic strains are often felt by those near the affected individual.

Researchers at Lawson Health Research Institute and Western University are seeking ways to predict dementia earlier. They believe that gait or motion testing while performing a cognitively demanding task can effectively be used as a predictor of dementia.

In order to test their hypothesis, the researchers assessed up to 150 seniors with mild cognitive impairment (MCI). This means that their memory and other mental functions were in slight decline. These individuals were followed for six years.

Participants were asked to walk while simultaneously performing a task such as counting backward or naming animals.

It was observed that MCI individuals slowed down more than 20 percent while performing a cognitively demanding task. This is a sign of a higher risk of dementia.

“While walking has long been considered an automatic motor task, emerging evidence suggests cognitive function plays a key role in the control of walking, avoidance of obstacles and maintenance of navigation. We believe that gait, as a complex brain-motor task, provides a golden window of opportunity to see brain function,” says Dr. Manuel Montero-Odasso, a Lawson scientist and geriatrician at St. Joseph’s Health Care London.

The researchers believe that the speed at which participants perform a single task, such as walking, versus a dual task, as tested in this experiment, can be a useful predictor. They hope to be able to diagnose Alzheimer’s disease—the most common form of dementia—before significant memory loss has occurred. By catching the illness early, treatment will be more efficient.

Volunteering once a week can decrease dementia risk in seniors: Study