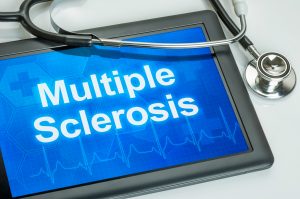 Is neuromyelitis a form of MS?

Another trait that sets neuromyelitis apart from MS, is that its symptoms appear suddenly whereas MS symptoms present themselves gradually. These symptoms, though, are quite similar, including changes to vision, muscle weakness, numbness, and the spinal cord inflammation.

Both multiple sclerosis and NMO affect women more than men. 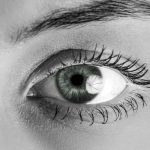 When it comes to the signs and symptoms of multiple sclerosis and NMO, both diseases can appear quite similar.

Signs and symptoms of multiple sclerosis include numbness or weakness in one or more limbs, partial or complete vision loss, prolonged double vision, tingling or pain, electric-shock sensations, tremors and lack of coordination, fatigue, dizziness, slurred speech, and problems with bowel and bladder function.

The exact cause of neuromyelitis optica is unknown, but certain factors do play a role in the disease onset. Here are a few facts to know about NMO: 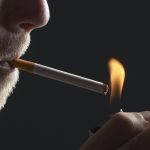 Risk factors for NMO include being female, being of Asian or African descent, having Ebstein Barr virus seropositivity, and having a negative history of smoking.

The main NMO complication is monocular blindness, which occurs in 60 percent of patients with relapsing episodes and 20 percent in patients with a monophasic course.

Difference between multiple sclerosis and NMO: Diagnosis and treatment

Multiple sclerosis is diagnosed through a series of tests, but diagnostics begins with a physical exam and an evaluation of symptoms to rule out other conditions. Some tests that your doctor may perform include blood tests to rule out other diseases, spinal tap to rule out infection and look for antibodies associated with multiple sclerosis, MRI of the brain to see lesions, and evoked potential test that records electrical signals as a response to stimuli to determine the function of the nervous system.

Treatment for multiple sclerosis is lifelong, and although it cannot cure the condition, it aims to minimize symptoms and allow the patients to live as normal of a life as possible. Some treatment methods include corticosteroids and plasma exchange, beta interferons, Glatiramer acetate, Dimethyl fumarate, Fingolimod, Teriflunomide, Natalizumab, Alemtuzumab, and Mitoxantrone, which all help to reduce the likelihood of relapses.

To diagnose NMO, there must be the presence of the following: optic neuritis and acute myelitis, and at least two of the following characteristics:  contiguous spinal cord lesion compromising at least three spinal cord segments, brain magnetic resonance not meeting MS criteria and, positive titers for anti-NMO-immunoglobulin.

The goal of testing for NMO helps detect oligoclonal bands in cerebrospinal fluid, which help distinguish NMO from multiple sclerosis, and find antibodies specific to NMO and not found in MS.

NMO treatment usually involves medications that help suppress the immune system to reduce the likelihood of flares. Other medications include steroids and chemotherapeutics.

Neither MS nor NMO have a cure, so medications and other treatments help better manage symptoms.