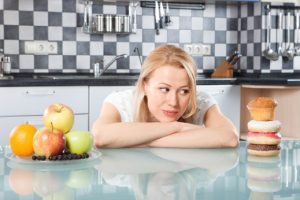 Physical inactivity and poor diet are common risk factors contributing to poor health in multiple sclerosis (MS) patients. Developing other health conditions in MS could delay the diagnosis and accelerate the progression of the disease.

Previous research has attempted to examine how each SNAP factor contributes to MS, but failed to determine whether multiple SNAP factors increase one’s risk of MS.

The study involved 69 MS patients who reported on their smoking habits, nutrition, physical activity, and alcohol consumption. The analysis showed that poor diet was the strongest risk factor for MS which was independent of other risk factors. A whopping 85.5 percent of patients did not adhere to dietary recommendations. Furthermore, 73 percent of women and 38 percent of men did not meet the physical activity guidelines either.
The researchers wrote, “Poor diet was the most commonly reported SNAP risk factor, with 85.5 percent of the sample not meeting dietary guidelines for fruit/vegetable and whole grain consumption. The nutritional habits of people with MS have not been well studied. However, this study suggests that individuals with MS have nutritional habits comparable to or worse than those of the general population.”

The study results revealed that MS patients aren’t meeting physical activity and nutrition guidelines, and women are particularly prone to the adverse effects of poor diet and inactivity.

The researchers concluded, “Such evidence supports additional examinations of the correlates of and interventions for individual and co-occurring SNAP risk factors, specifically diet and physical activity levels, in people with MS.”

Risk of multiple sclerosis in women may not be reduced with exercise: Study