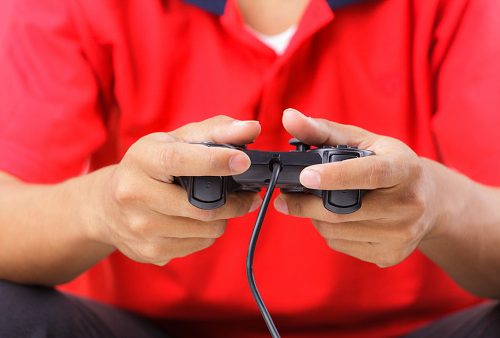 When the thalamus – a structure that works as the brain’s information hub – gets damaged, it impacts the cognitive dysfunction in multiple sclerosis.

The researchers studied the effects of video game-based cognitive rehabilitation program on the thalamus in MS patients. The program was based on a collection of games from Nintendo, which used puzzles, word memory, and other mental challenges.

Twenty-four multiple sclerosis patients with cognitive impairment were randomly assigned to either an eight-week at-home rehabilitation with 30 minutes of gaming five times a week, or to a wait list (serving as controls). The patients were evaluated with cognitive tests and by 3-Tesla resting state functional MRI (RS-fMRI) at baseline and again after the eight weeks.

Research lead Laura De Giglio said, “Functional MRI allows you to study which brain areas are simultaneously active and gives information on the participation of certain areas with specific brain circuits. When we talk about increased connectivity, we mean that these circuits have been modified, increasing the extension of areas that work simultaneously.”

At the follow-up, the participants in the video game group had significant increases in thalamic functional connectivity in brain areas corresponding to the posterior component of the default mode network that is essential for cognition.

Dr. De Giglio added, “This increased connectivity reflects the fact that video gaming experience changed the mode of operation of certain brain structures. This means that even a widespread and common use tool like video games can promote brain plasticity and can aid in cognitive rehabilitation for people with neurological diseases, such as multiple sclerosis.”

Better balance – Nintendo Wii Balance Board: Lead author of the study Luca Prosperini said, “We found balance improvements after three months of training. However, the clinical benefit tends to disappear after stopping the training, probably because certain skills that are related to structural changes in the brain and are acquired or reacquired after an injury need to be kept trained constantly.” The researchers suggest anyone, not just MS patients, can benefit from the balance board.

Improved motor skills – controller-based and keyboard-based games: These games can improve hand-eye coordination along with dexterity, coordination, and strength. The researchers of the study recommend the game Counter-Strike.

Better vision – SIMS-like game: Researcher Andrew Latham said, “The key ones here are visual acuity and contrast sensitivity, but the results of training studies are mixed. While expert video game players show improved visual acuity, training [non-gamers] doesn’t seem to give that benefit. But video game training does improve contrast sensitivity. But even as adults, you can actually improve the visual acuity and attention in amblyopia patients by training with not just action video games, but also SIMS-like games.” (The SIMS imitates real life).

Reduced depressive symptoms – fantasy role-playing: Choosing to be a player and explore a different world, this type of games works as psychological therapy, Latham explained. In fact, a study on fantasy role-playing games published in the British Medical Journal found these types of games were as successful at reducing depressive symptoms as cognitive behavioral therapy was.

As you can see, there is a wide variety of gaming options for different symptoms related to multiple sclerosis, the only trick is to find which games work best for you.

Multiple sclerosis patients at higher risk for other illnesses: Study

Multiple sclerosis (MS) patients are at a higher risk of developing other illnesses, according to a new study. Patients with MS are more likely to suffer chronic illnesses, compared to individuals without the neurological disorder. Continue reading…