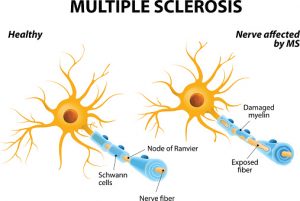 Paroxysmal symptoms can be sudden but are short lasting, and if symptoms last for several days, it could be due to exacerbation or relapse. There are many conditions and symptoms that can trigger paroxysmal symptoms, including fatigue, change in temperature, emotional changes, or a sudden change in body position.

Types of paroxysmal symptoms in MS

Many symptoms of multiple sclerosis can appear and disappear. Here are the most common ones:

These symptoms typically do not last long, but in the moment they can become quite severe. Unfortunately, paroxysmal symptoms can reoccur or happen several times throughout the day. Medications can be prescribed in order to control them.


Paroxysmal symptoms not to be confused with MS seizures

Seizures can occur in those with multiple sclerosis, and it’s estimated that they affect two to five percent of patients. Similar to paroxysmal symptoms, seizures, too, have a sudden onset, which is why the two conditions can be confused. 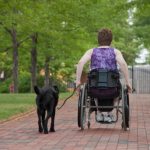 Common seizures that can occur in MS patients include:

Treatment of paroxysmal symptoms in MS

There are many triggers that can cause paroxysmal symptom, so by identifying triggers you can reduce the risk of experiencing them. For example, moving your body into a certain position or being too hot can trigger paroxysmal symptoms. Avoiding such situations could reduce their frequency.

There may also be triggers that you are not aware of, so it is useful to keep a diary or make note of when episodes of paroxysmal symptoms occur.  You can track settings, movements, foods, or anything else that may have occurred prior to the episode so you can avoid it in the future.

Speaking to your doctor is also important for treatment; they can offer medications for specific symptoms.

Multiple sclerosis and the prevalence of sleep disorders, epileptic seizures

Relapse-remitting multiple sclerosis (RRMS) patients taking a safe form of estrogen – estriol – along with conventional medications avoided relapse according to a recent UCLA clinical trial. Researchers made observations at the bedside, tested them in labs and brought back the findings to the patients. Continue reading…