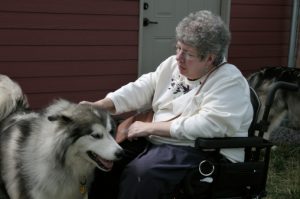 Relapse-remitting multiple sclerosis (RRMS) patients taking a safe form of estrogen – estriol – along with conventional medications avoided relapse according to a recent UCLA clinical trial. Researchers made observations at the bedside, tested them in labs and brought back the findings to the patients.

During the second half of pregnancy, RRMS patients have reduced relapses but there was no clear reason why. It is also known that the fetus’ placenta produces estriol. Protection of estriol has also been seen in other autoimmune diseases, such as rheumatoid arthritis and psoriasis.

The researchers hypothesized that estriol works to suppress the immune system, so it does not reject the fetus, which has half of the father’s protein. Lead author, Rhonda Voskuhl, M.D., said, “The beauty of estriol is that it is not a shot and can be taken in pill form, and also that it’s not a new drug. It has decades of safety behind it. Also, current MS treatments are very complex to manufacture. These findings hopefully will pave the way for oral, safe treatments that are more widely accessible, since estriol is simple and naturally occurring.”

When there is a relapse of relapse-remitting multiple sclerosis, new and worsened symptoms present with inflammatory lesions on the brain. A relapse can occur for several days or even months.

Dr. Voskuhl and her team found that estriol fights RRMS in two ways: by reducing the ability of immune cells to attack the brain, and by making brain cells more resistant to damage for those immune cells that do make it through.

Previous research conducted by Dr. Voskuhl found that women with MS who received estriol had a 70 percent reduction in brain lesions within six months of treatment.

In a larger study Dr. Voskuhl gave some women a placebo, while others received estriol. Both groups also continued to take their regularly prescribed medication. The women with the highest estriol in their blood showed improved cognitive function, along with less atrophy in the brain related to cognition. Furthermore, the treatment was well handled by the women with the only major side effect being irregular menstruation cycles.

Dr. Voskuhl hopes that phase three clinical trials will further replicate the findings, so the FDA can approve estriol as a treatment option for those with MS.