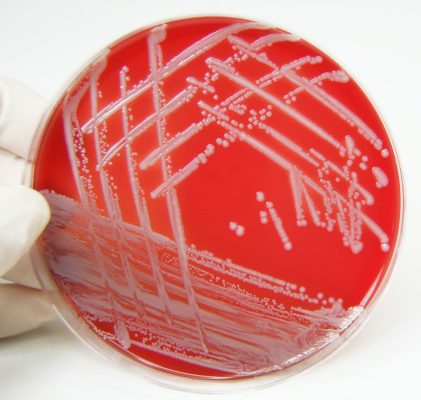 MRSA staph infections could be effectively treated with antimicrobials. Methicillin-resistant Staphylococcus aureus (MRSA) infection is caused by a staph bacteria that has become resistant to many antibiotics commonly used to treat staph infections.

MRSA infections commonly occur in individuals who have been in hospitals or other health care facilities. This type of infection is associated with invasive procedures and devices, such as surgery or intravenous tubing.

There are two types of classification of MRSA: HA-MRSA and CA-MRSA. HA-MRSA is when there is exposure to an intravenous catheter, surgical procedures, or other devices in a hospital setting. CA-MRSA is associated with close personal contact with others, along with poor hygiene and exposure to contaminated objects.

Antimicrobials could be effective in fighting drug-resistant MRSA infection 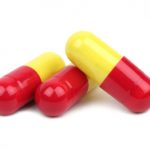 A recent study has found that antimicrobials could be effective at treating drug-resistant MRSA infection. Small molecule analogs target functions in SecA – a central part of the bacteria secretion system – have potent antimicrobial effects to reduce the secretions of toxins and overcome the effects of pumps, which are responsible for drug-resistance.

Targeting SecA could be an effective way to fight MRSA infection and may also be more effective than using traditional antibiotics.

Study lead, Dr. Binghe Wang, said, “We’ve found that SecA inhibitors are broad-spectrum antimicrobials and are very effective against strains of bacteria that are resistant to existing antibiotics.”

There is an urgent need for antimicrobials due to the rise in antibiotic resistance.

Through their study the researchers found that SecA inhibitors have the potential as broad-spectrum antimicrobials to stop virulence factor production and null the effects of efflux pumps. 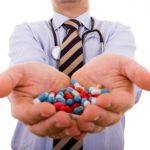 A study published in Cell Host and Microbe revealed that treatment with first-line antibiotics can actually worsen MRSA infections by activating the body’s own pathogen-defense system.

Study author, Dr. George Liu, said, “Individuals infected with MRSA who receive a beta-lactam antibiotic – one of the most common types of antibiotics – could end up being sicker than if they received no treatment at all. Our findings underscore the urgent need to improve awareness of MRSA and rapidly diagnose these infections to avoid prescribing antibiotics that could put patients’ lives at risk.”

The study tested whether the immune system responded to structural changes that may worsen MRSA infections. Exposure of MRSA to beta-lactam antibiotics induced mecA activation, which weakens chemical bones between molecules and cells, making the bacteria more degradable by immune cells.

First study author, Sabrina Mueller, Ph.D., said, “We now have evidence that the very factor that defines certain S. aureus as MRSA is a factor that can also make MRSA more pathogenic. However, this pathogenic factor is not unleashed unless MRSA is exposed to beta-lactam antibiotics. Therefore, a poor choice of antibiotic can make MRSA infection worse compared to no treatment.”

The study was not conducted on humans, so trials must be replicated to ensure the effects are the same. Co-senior study author David Underhill, Ph.D., cautioned, “The obvious next step is to verify whether this occurs in humans. If human data suggest that beta-lactam antibiotics given alone could make MRSA infection worse, then we may need to rethink whether beta lactams should be our first choice of empiric antibiotic before the source of the infection is known, especially in case of severe infections.”

Causes and symptoms of MRSA 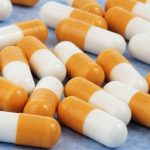 MRSA is caused by the Staphylococcus aureus bacteria, or staph. This type of bacteria is commonly found in the nose or on the skin of roughly one-third of the population. The bacteria does not cause harm unless it enters the body and it typically only leads to a mild skin irritation.

Symptoms of MRSA include:

The following tips can help better prevent the onset of MRSA infections and avoid the complications that are associated with it.

Although many MRSA infections are antibiotic resistant, some are not, so treatment may still be possible with antibiotics. Your doctor will be able to select the appropriate form of treatment.

We know antibiotics are advantageous and honey has been a traditional natural remedy for centuries. Used separately, these gifts from modern and traditional medicine have proven their worth over and over again. Before we investigate their combined potential, there is something else you should know. Continue reading…

Use of antibiotics increases risk of type 2 diabetes

Before you take another antibiotic, here’s something you might want to consider. A Danish study revealed that the use of antibiotics might increase the risk of type-2 diabetes, a condition that increases the risk of heart disease and other problems. Continue reading…