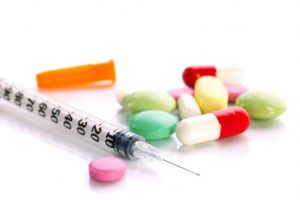 Before you take another antibiotic, here’s something you might want to consider. A Danish study revealed that the use of antibiotics might increase the risk of type-2 diabetes, a condition that increases the risk of heart disease and other problems.

In type-2 diabetes, either the body does not make enough insulin, or the insulin doesn’t work to effectively clear sugar from the blood. About 29 million Americans have type-2 diabetes.

According to Dr. Kristian Hallundbaek Mikkelsen, a medical-doctoral student at the Center for Diabetes Research at Gentofte Hospital and the University of Copenhagen, people diagnosed with type-2 diabetes tended to take more antibiotics in the years preceding the diagnosis than those without type-2 diabetes.

The overexposure to antibiotics is seen after, as well as 15 years before, the diagnosis of type-2 diabetes.

While the researchers linked type-2 diabetes risk with the use of antibiotics, they were not able to establish a direct cause-and-effect relationship.

The details of the study can be gleaned from the August 27th online-version of the Journal of Clinical Endocrinology & Metabolism.

As part of the study, the scientists used records from national health registries to tally antibiotic prescriptions filled by more than 170,000 Danes with type-2 diabetes and about 1.3 million other adults between 1995 and 2012.

It is not clear whether it is the repeated infections needing increased antibiotic usage that increases the risk for type-2 diabetes, or whether it is a result of the antibiotics themselves.

There is also a theory to be considered that people who are prone to developing diabetes are predisposed to get infection.

Whatever be the case, it is prudent to limit the use of antibiotic use. In addition to being a risk factor for type-2 diabetes, they also cause other harsh side effects.