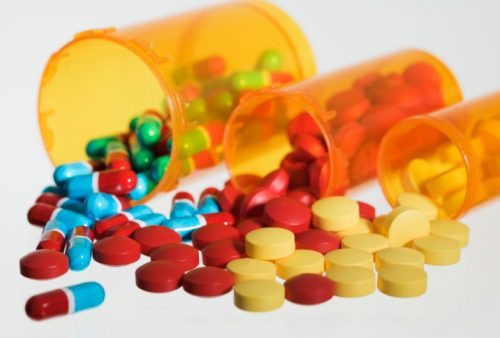 A new study from Stanford University has found that mixing opioid painkillers and commonly prescribed anti-anxiety and sleep medications could cause a potentially lethal overdose. Approximately 30 percent of all fatal overdoses from narcotic painkillers also involved benzodiazepines—commonly prescribed as Xanax, Klonopin, and Valium. The mix of benzodiazepines and opioid painkillers such as Percocet and OxyContin can lower the threshold for overdose, making it much easier for patients to accidentally consume a potentially lethal dose of the drugs.

The Centers for Disease Control and Prevention and the U.S. Food and Drug Administration have issued guidelines warning physicians about the dangers of prescribing these classes of drugs together. They’ve advised physicians to inform their patients of the potential risk of narcotic overdose. This new study did not prove a cause-and-effect relationship between combining narcotics and benzodiazepines, however, it did provide evidence of the potentially dangerous side effects.

Dr. Eric Sun of Stanford University led the study, which collected information from over 300,000 privately insured patients between the ages of 18 and 64. These patients had all been prescribed a narcotic painkiller between 2001 and 2013. The team found that in 2001, nine percent of this sample was also prescribed a benzodiazepine and that by 2013, this number had jumped to 17 percent—an 80 percent relative increase according to study findings. Over the course of these 12 years, prescriptions for both types of medications increased, and as a result, so did the number of patients combining them and the number of overdoses.
Dr. Sun cautioned medical professionals, stating, “Physicians should think carefully if they find themselves prescribing both drugs for a patient. These results argue for better surveillance in order to both monitor the risk of these potentially dangerous drug combinations, and to inform patients at risk and their physicians.” While the team was unable to determine whether the overdoses they saw were intentional or accidental, they asserted that the combination of these medications can suppress breathing—potentially sending a patient to the emergency room. Dr. Sun expressed the importance of physicians and patients communicating openly about medication usage, explaining: “It is not [necessary] that patients should avoid using both drugs at the same time—after all, there may be reasons to do so—but if they are using both drugs at the same time, they should make sure their doctor is aware of it and OK with it.”

This study highlights the importance of ensuring doctors and patients are fully aware of the risk of combining medications and that patients inform their general practitioner of changes in their drug regimen, especially those that may have been prescribed by another doctor.