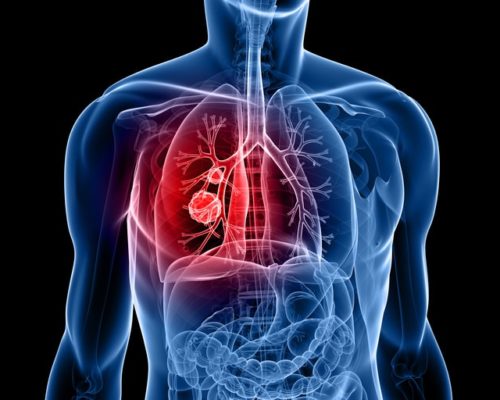 A new study published online in the American Thoracic Society’s American Journal of Respiratory and Critical Care Medicine has found that adults in middle age who suffer from lung disease may be at an increased risk of developing dementia later in life. According to the researchers, this goes for both restrictive and obstructive lung diseases, but the connection is stronger in those with restrictive pulmonary conditions.

The researchers gathered data from 14,000 participants, aged on average 54 years old. They selected the participants by determining the if they had undergone spirometry, a test focused on lung health, in middle age. The average follow-up period of the study was 23 years for each participant, after which time they were tested for cognitive impairment and signs of dementia.

In total, there were 1,407 cases of dementia diagnosed among the participants. Compared to a control group of participants without lung disease, those with obstructive lung diseases showed a 33 percent increase in their risk of developing dementia or mild cognitive impairment later in life.

This risk increased to 58 percent among those with restrictive lung diseases. From the spirometry tests performed at the outset of the study, the study authors made two links to dementia. Lower results on forced expiratory volume in one second (FEV1) and forced vital capacity (FVC) at the beginning of the study were associated with an increased risk of dementia at the end of the study’s follow up period.

Unfortunately, many of the participants were deceased before they had been tested for any signs of dementia or cognitive impairment, limiting the results of the study. In the future, the researchers advise that lung function should be tested throughout the study period, rather than just the once at the beginning of the study, as was done in this case.

Although these findings are only correlational, the researchers speculate that the cause of the link between the conditions may be due to lower blood oxygen levels in those with lung diseases, resulting in increased inflammation, which can stress the blood vessels in the brain and cause damage to them.

“Preventing lung disease is inherently important,” said Dr. Lutsey. “If other studies confirm our study’s findings, both individuals and policymakers will have an added incentive to make changes that protect lung health, as doing so may also prevent dementia.” The researchers added that this could inspire many people to quit smoking and could eventually lead to additional legislation against smoking, which is a leading cause of lung disease worldwide.