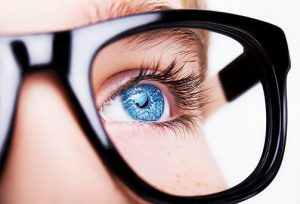 Metamorphopsia is a type of distorted vision symptom or disorder that causes you to view a grid of straight lines to appear wavy and parts of the grid to appear blank. This phenomenon is commonly experienced in different macular disorders, which are disorders of the retina which is responsible for central vision.

The inability to perceive visual images clearly accompanied by distortion of the size and shape of the object being viewed can be referred to as metamorphopsia. Much of this is the result of refractive errors that occur when light enters the eye and is not represented clearly due to pathological alteration of the retina. This leads to the part of the brain responsible for processing viewed images to do its best to interpret what you are seeing, often making you see wavy or distorted hallucinations.

Pathological conditions involving the various structures of the eye may also lead to the development of metamorphopsia, as seen when optic nerve endings becoming scarred due to a condition that causes eye inflammation.

There are two recognized forms of macular degeneration; wet and dry. Both carry the risk of vision loss but develop in different ways. Dry AMD occurs due to the development of tiny protein clumps called drusen, while wet AMD results from the development of abnormal blood vessels that lead to scarring of the macula. Though rarer than its dry counterpart, wet AMD leads to faster deterioration of central vision. Macular degeneration is one of the leading causes of vision loss in people 50 years and older.

Refers to a small hole in the center of the retina that is caused by the fluid found in the eye (vitreous) contracting and pulling away from the retina surface. While this separation is thought to be normal, accompanying old age, some people have spots or holes in the macula that were not exposed until this contraction of the vitreous fluid occurs. As a result, vitreous fluid can now seep through the resulting defect and cause a dark spot.

Characterized by the separation of the retinal cells from the layer of blood vessels that provide it with oxygen and nourishment. This is considered an emergency situation requiring immediate medical attention, as if it goes untreated, it can lead to a greater risk of permanent vision loss in the affected eye. Retinal detachment may also present with the sudden appearance of floaters, flashes, and reduced vision.

Considered a neurological disorder causing symptoms that radiates in pulses or throbbing pain – usually on one side of the head. Migraines can be so debilitating that it affects your ability to live your life. It can be accompanied by nausea, vomiting, and extreme sensitivity to light and sound. Migraine attacks can last hours to days with a severe disabling pain. They can also be associated with an “aura,” which are visual disturbances, such as flashes of light or wavy, zigzag vision.

Risk factors and symptoms of metamorphopsia

A common treatment for wet macular degeneration is the use of intravitreous (in the vitreous, the fluid behind the lens in the eye) anti-vascular endothelial growth factor (anti-VEGF) injections which help reduce the formation of abnormal blood vessel development in the eye, helping improve visual outcomes for many patients. Unfortunately, there is no treatment available for dry macular degeneration, however, some patients may find some benefit from taking a certain combination of nutritional supplements which include particular vitamin and minerals such as vitamin C and E, lutein, zeaxanthin, zinc, and copper.

Most cases of macular holes do not require treatment as they tend to seal themselves, but surgery may still be necessary in many cases to help improve vision. This might involve a surgical procedure called a vitrectomy, which removes the vitreous fluid and replaces it with a bubble containing a mixture of air and gas that helps prevents pulling on the retina. This bubble helps to keep the macula in place as it heals.

Surgery is the only way to treat retinal detachment and is preferably done within a few days of the onset of symptoms. There are several types of surgical methods that can be taken for treatment, with the severity of retinal detachment being the decider. Surgical procedures include:

Treatment generally consists of either pain-relieving medications (ex. NSAIDs), preventative measures (avoiding smoking, relaxation techniques, avoiding foods high in tyramine etc.) or a combination of the two. Regimens are usually tailored to the individual depending on the severity and frequency of migraines, as well as the degree of disability your headaches cause.

It is important to speak to a doctor or medical professional if you suspect your headaches are more serious and possibly due to a migraine. Seeking the advice of a neurologist who specializes in migraines may help give you a better understanding of the condition and how to better find effective treatment options.