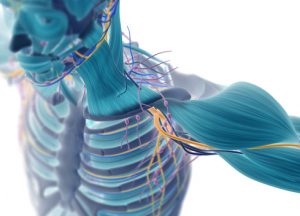 Exercise has always been looked at as a healthy choice in people’s lives. It helps us lose weight, sleep better, strengthen our bones, and can even allow us to live longer. But how exactly does exercise do this for us and why does it make us feel good?

A group of researchers from the University of Virginia wanted to explore the reasons why exercise, specifically aerobic exercise, has so many benefits. They looked into how exercise affects our muscles on a cellular level, discovering the reasons behind why exercise is so vital to human life.

“Whether muscle is healthy or not really determines whether the entire body is healthy or not. And exercise capacity, mainly determined by muscle size and function, is the best predictor of mortality in the general population,” said Zhen Yan of the University of Virginia School of Medicine.

Looking at the powerhouse of the cell

The team decided to focus on mitochondria, commonly known as the “powerhouse” of the cell. These cell components are known for controlling a cell’s growth and determining when they live and die.

They discovered using mice models that moderate to intense exercise acts as a “stress test” on mitochondria in muscles. It triggered a process called mitophagy, whereby the muscles would dispose of damaged or dysfunctional mitochondria. Mitophagy is necessary to make muscles healthier, as it helps to keep it performing optimally.


“Aerobic exercise removes damaged mitochondria in skeletal muscle. If you do it repeatedly, you keep removing the damaged ones. You have a better muscle with better mitochondrial quality. We clean up the clunkers, now the city, the cell, is full of healthy, functional cars,” said Yan.

The researchers decided to create a gene that would make the mitochondria turn fluorescent green when they were healthy and turn red when they were broken down by lysosome, the cell’s waste-disposal system. They called this reporter gene “pMitoTimer.”

Mice were then set up to run for 90 minutes on a treadmill, with the team observing the effects of mitochondrial stress and mitophagy. After a total of six hours of exercise, the found an additional chemical reaction occurred—the stimulation of a kinase called AMPK and subsequently another kinase called Ulk1. It appears these extra processes were important in the removal of dysfunctional mitochondria.

When experiments were done deleting the Ulk1 gene in mouse skeletal muscle, the team found that the removal of dysfunctional mitochondria was dramatically inhibited. This strengthened the notion that the role of Ulk1 gene is to be simulated by exercise to promote mitophagy and make your cells healthier.

This study helps uncover the metabolic process behind why exercise makes us healthier and promotes longevity. There are many metabolic illnesses where patients don’t respond to exercise. The researchers hope that with continued study, they can eventually understand and help these non-responders.