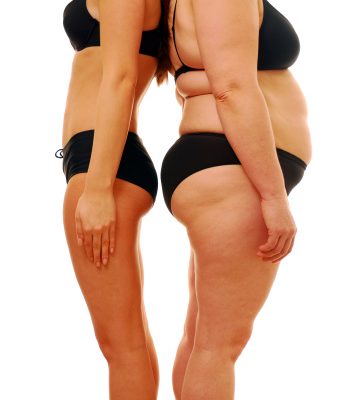 If you’re a curvy woman and experience anxiety over your body and worry that men won’t find you attractive, worry not.  A recent study published in PLoSOne suggests that the stress and anxiety that you may have over your curves is unwarranted.

The Effect of Men’s Mental Health on Body Type Preference

Researchers wanted to look at whether psychological stress impacted men’s judgement of a female’s body size.  Participants in the study included 81 white, heterosexual, British male undergraduate students that ranged in age from 18-42. The men were randomly assigned to either the control group or the stress group.  The men that were in the control group were taken to a room where they sat quietly for the same length of time that the stress group was participating in their stress tasks.

The stress group took part in the Trier Social Stress Test (TSST) which is a 15 minute lab test that has been shown to be reliable to increase levels of acute psychological stress.  The TSST involved making the participants take part in an interview-like situation to begin.  After this, they were asked to stand at a microphone and count backwards by 13 from 1,022 as quickly and accurately as possible.  Both of these tasks can create acute stress and anxiety.

20 minutes after the TSST, the men were asked to rank 10 photographs of women for attractiveness.  The women in the pictures had body mass indexes (BMI) that ranged from underweight to obese.  The men were also asked to fill out additional measures to cover up the aim of the study.  The results showed that men that were in the control group (no stress) rated the underweight females as the most attractive. Participants in the stress group rated normal sized, overweight and one obese sized woman significantly more attractive than the control group.  There was no significant difference between the control and stress group for the highest BMI woman.

RELATED READING: Given Up the Obesity Battle? Achieve Your Ideal Weight

The results from this study showed that men who were under psychological stress selected a significantly heavier woman as maximally attractive compared to their control group counterparts. It was also found that participants in the stress group had a wider range of body weights that they considered attractive.

The results from this research provide support for the suggestion that when men experience environmental stressors, including stress and anxiety, they may prefer more mature morphological traits, including a heavier body weight.  While this study was small with only 81 participants, it is the first study that has shown experimental evidence that psychological stress and anxiety affects a man’s perception of the female body. The reasoning for this preference may be that more mature physical traits are often associated with an improved ability to handle environmental stress which may be appealing to men.

It would be interesting for future research to investigate whether stress and anxiety have an impact on women’s body type preferences for their partner’s as well.

While research has provided ample evidence into the health effects that mental health issues have, perhaps the effects reach even further.  This research provides insight into the fact that our preference for a sexual partner may change over time and may be influenced by environmental factors that create stress and anxiety.