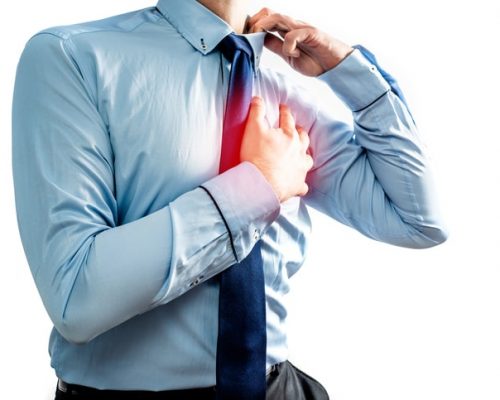 Chronic obstructive pulmonary disease (COPD) is a term used to describe any progressive pulmonary disease characterized by increased breathlessness. It is currently the fourth leading cause of death internationally and projections expect its status to increase to the third leading cause of death by 2020. It is common for patients with COPD to also suffer from other conditions, called comorbidities, including coronary artery disease (CAD), which increases the risk of death caused by either condition.

Participants were recruited from a referral center in Jordan. The researchers focused specifically on Jordanian men who smoke at a rate greater than 10 packs per year and were diagnosed with CAD. There were 785 participants in total, ranging in age from 21 to 85. The researchers measured COPD by taking bronchodilator spirometry at the outset and at the conclusion of the study. The participants were interviewed to gather demographic data including smoking history, previous diagnosis of COPD, and risk factors for CAD.

The researchers found that the prevalence of undiagnosed COPD in male patients with coronary artery disease who smoke was statistically significant. The rate of prevalence increased with aging and in those who were already showing respiratory symptoms. These findings are in line with several other studies across Europe and in smaller country populations that found similar results.

Smokers in Denial of Pulmonary Diseases

The study authors offer several hypotheses as to why the rate of undiagnosed COPD in CAD patients in so high. For one, in this particular population, it is not common for primary care centers in Jordan to have spirometry equipment. They also mention the possibilities that patients are being diagnosed with chronic bronchitis and are not being made aware of the diagnosis or that they are simply in denial that the condition is caused by their smoking habits.

Further studies are still required to fully understand the depths of the association between CAD and undiagnosed COPD. This study did not take into account the female population, whose risk may differ from the male population. The researchers also gathered their data from a single medical center, limiting the variety of the types of patients they would have access to in order to form their sample population. Participants who smoked less than 10 packs of cigarettes in a year were excluded from the sample, and this population of “light” smokers may have differing results from the current population of regular to heavy smokers. Future studies should focus on clarifying these areas.