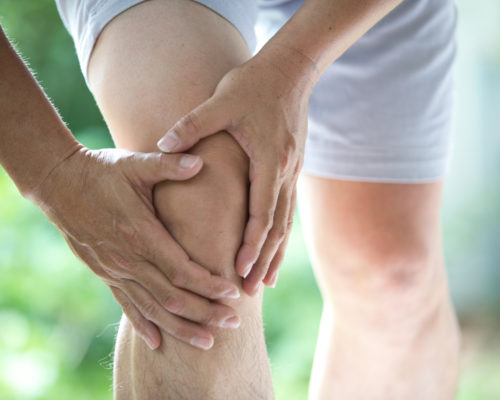 Knee osteoarthritis (OA) is becoming a global health burden due to aging populations, combined with growing obesity levels. Without a known cure, researchers are beginning to turn their attention towards identifying modifiable risk factors. One such study from the Universities of Oxford, Sydney, and Southampton has identified a relationship between a heavy workload and an increased risk of incident knee OA, particularly among men.

The study is the largest observational cohort of its kind looking at knee osteoarthritis and total knee replacement (TKR). It used data from three large observational studies of knee OA from the UK and the US: the Chingford 1000 Women Study, the Osteoarthritis Initiative (OAI), and the Multicenter Osteoarthritis Study (MOST).

Researchers determined whether occupational exposures were associated with both structural joint damage and the development of knee symptoms by mapping against four possible outcomes: the incidence of knee OA (as radiographic knee OA (RKOA), symptomatic RKOA (knee symptoms with RKOA), the incidence of total knee replacement (TKR)), and progression of knee OA (time to primary TKR).

It was found that men were two times more likely to suffer from knee osteoarthritis compared to sedentary workers. However, with women, no associations were observed across any of the data sets.

“While these increased risks were not seen in women, it’s not to say they weren’t there,” said Professor Cyrus Cooper, director of the MRC Lifecourse Epidemiology Unit. “Though it was a surprise to see the difference in sexes, our findings are in agreement with previous studies and we were able to confirm these findings across three global datasets giving confidence to our results. Patterns of physical activity in the work-place are known to vary between sexes even within the same job title, and the reporting of these activities is known to vary between sexes. These factors likely contributed to the observed differences.”

Light Workload Could Be Protective

The focus of this study differed from previous research by analyzing all workload levels including light and moderate workloads. Researchers noted that there was some evidence to suggest that a ‘light’ workload may be protective towards the need for a TKR. It was observed that some work-place physical activity behaviors such as ‘sedentary with occasional exercise’ provided some protection towards the need for a TKR.

Physical activity is widely recommended for OA management to help reduce pain and improve function, but this new data suggests that there may be a potential threshold where the degree of workload changes from protective to detrimental (or vice-versa). This threshold could be influenced by the intensity, duration, frequency, and pattern of daily, work-place physical activities.”

As used in the past, job titles are perhaps no longer suitably descriptive to determine which workers may be at risk from OA. These new findings highlight the relationship between the physical activity performed at work and the risk of OA. This study is one of many that can help change the way bone and joint health is treated and prevented.