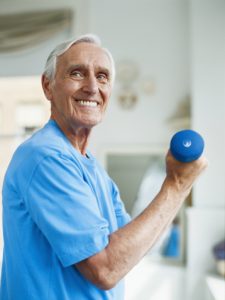 America values youth, beauty and strength. The chase for ageless perfection is strong so it should come as little surprise that many people fear aging.

Men Worry About Aging, Too

The term xenophobia essentially means fear of the unknown. As we make our way through life there are many unknowns. Psychologists say it is only natural that we have some reservations about things that we have never experienced. Fear of aging is an example; however the thoughts connected with it are perpetuated by the fact that so much that has been written about aging has been unflattering. It seems as though the benefits of retiring, enjoying family and friends, and taking time out to smell the roses is overshadowed What men fear

Men and Fears of Aging

While men and women both have fears of aging, men have a distinct set of concerns. According the National Institutes of Health about 25 per cent of American men over the age of 65 suffer from erectile dysfunction. Erectile dysfunction is commonly referred to as ED and means that a person is unable to achieve and sustain an erection suitable for sexual intercourse. It is not to be confused with men who occasionally have difficulty achieving erection. With Erectile dysfunction or ED the problem is long-term. Doctors say that men worry that they will embarrass themselves if they can’t perform. A study conducted in Britain back in 2008 indicates that men think about sex at least 13 times a day, where as women only think about it about 5 times a day.

Men, Aging and Physical Well Being

Men are not just worried about their physical well-being. Research has shown that they associate aging with losing their independence. An example of this would be no longer being able to drive, or needing help with chores that they normally handle on their own. For many men the idea of losing their vehicles is particularly difficult to deal with. They consider their cars part of their identity; their personality. When they can’t drive anymore they not only lose their independence, but feel like they have lost a part of themselves too.

RELATED READING: Breakthrough That Allows Men To Pee Like They Were 28 Again

While a car can say a lot about a person, it is the mind that really shapes a person. Perhaps that’s why men fear losing their minds when they get older. Age-related memory loss is very common. A report by the Journal of Insurance Medicine states that 40 per cent of people over the age of 60 experience memory loss of some kind. The good news is that Harvard researchers believe that most age-related memory loss that is experienced is in fact normal changes in the structure and function of the brain. It makes it a little harder to learn new things or fight distractions, but there are methods to sharpen the brain. Some suggestions are listed below…

Men have other fears of aging such as muscle weakness, vision problems and mobility

It is not easy to just brush off all the fears related to aging, but being active, eating a healthy, balanced diet and having open dialogue with your doctor would be very helpful.