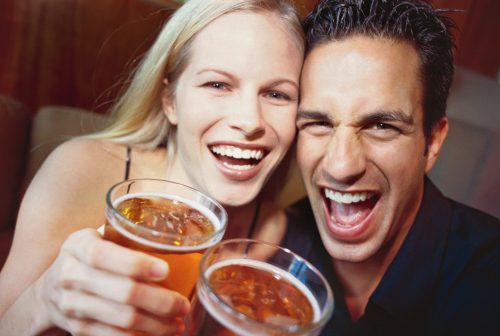 Everyone has heard the jab between married couples about one of the partners behavior ‘driving them to drink’, but is it possible that it might actually have merit? There might actually be an effect of drinking on the mental health of female vs. male participants.

There have been several studies on the effect of drinking on coupledom, but a new emerging study has shown that the effect on women is substantially heavier when it comes to consumption levels, but it’s not what you think.

One of the recent and notable mental health studies, which originated at the University of Cincinnati found that where drinking is concerned, men seem to have a bit more of a health benefit than women. The study was done by conducting interviews with several thousand married men and women (who were part of a heterosexual partnership) separately, and came to some rather interesting results when it came to drinking patterns and amounts.

The following results were found in the study on alcohol consumption:

– Researchers say part of the reason this is happening is due to the effect married couples have on each other. For example, wives drinking habits rub off on their partners.
RELATED READING: Avoid the 7 Danger Signs of a Toxic Liver

– Men in the study group were more likely to have an alcohol problem than their partners.

– However of men who were single, divorced and widowed, the men in the married group had the lowest levels of alcohol consumption.

-Married women had more alcohol consumption than their divorced and widowed counterparts.

-Men who are divorced have higher levels of alcohol consumption.

Experts say that the next course of action is to ensure that the same results that are applied for gender can be applied when it comes to different races, environments and socioeconomic status, too.

Another study of the sort mentioned that not only do women drink more when married, they appear to drink more period. A concurrent study that took place at several US Universities has shown that married women, also drink more than single women.