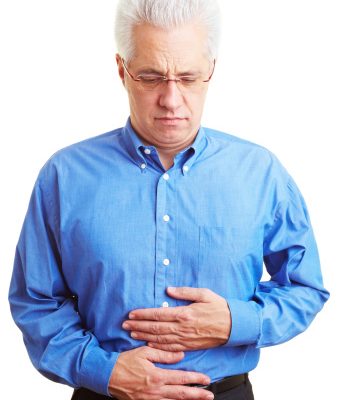 If you suffer from digestive problems, including Crohn’s disease, you know just how disturbing the stomach symptoms can be to your everyday life.  According to www.foxnews.com, Ari Meisel who lives in New York, has found a way to manage his Crohn’s disease symptoms without drug therapy and believes that he has been “cured” of the disease.

His story may be an eye opener into how patients suffering from digestive problems, in particular Crohn’s disease, can lead a relatively normal life free of stomach and other gastrointestinal problems that are often debilitating and disruptive to normal life.

First Off – What is Crohn’s Disease?

Crohn’s disease is a type of inflammatory bowel disease (IBD) which usually affects individuals aged 15-35.  The intestines are usually affected, but the disease can affect anywhere from the mouth to the anus. The exact cause of Crohn’s disease is unknown but it is a type of autoimmune disorder where the immune system attacks and destroys healthy tissues.  This leads to chronic inflammation of the gastrointestinal tract, which leads to all of the unpleasant symptoms that accompany the disease.

There are many symptoms of Crohn’s disease, according to the Mayo Clinic, including: diarrhea, abdominal pain and stomach cramping, bloody stools, ulcers, decreased appetite and weight loss. When Crohn’s disease is advanced, there may be additional symptoms including: fever, fatigue, inflammation of the eyes, skin disorders, mouth sores, liver and/or bile duct inflammation and delayed growth or sexual development (in children).

While the exact cause of Crohn’s disease is unknown, there are a number of factors that seem to be associated with the disease according to the U.S. National Library of Medicine, including: genetics and family history of the disease, environmental factors, smoking and the tendency of the body to over-react to normal bacteria in the intestines.

According to www.foxnews.com,  Ari Meisel was taking 16 pills a day to manage his Crohn’s disease. However, he also admitted that he was smoking a pack of cigarettes per day and consuming fast food.  Meisel reported that he was hospitalized for a bowel obstruction which led to an incredibly bad night in the hospital where he stated that he didn’t think he was going to make it through the night.  It was because of this experience, that Meisel decided that it was time to make changes to his diet and lifestyle.

It started with quitting smoking and eating a vegan diet for one month back in 2008. Slowly, he added small amounts of dairy back into his diet and became a vegetarian for six months.  At this time he also started practicing yoga and started taking part in triathlons as a way to deal with his stress.  At the end of the six month period he added fish back into his diet as well as some supplements such as krill oil, garlic, cat’s claw and probiotics. With all of the changes that he was making to his diet and lifestyle, he started feeling better and made the decision to wean himself off of his medications (these medications included high dose steroids and mercaptopurine -6MP).

Before doing this, he spoke with his doctor, Dr. Bart Kummer about his plan to stop taking his medication and although Dr. Kummer was hesitant, he respected Meisel’s decision.  Meisel was to inform Dr. Kummer when he felt bad and had to maintain regular visits to monitor the disease.  After all of the diet and lifestyle changes and after stopping all medication, Meisel and Dr. Kummer agree that Meisel’s Crohn’s disease is in remission, for the time-being.

What is Responsible for the Remission of Crohn’s Disease?

While Meisel and Dr. Kummer agree that Meisel Crohn’s disease is in remission, there are slight differences in their opinions as to why this occurred.  Dr. Kummer believes that it was the 6MP medication that is responsible for Meisel’s remission.  He states that Meisel took the 6MP for a long time, felt good, stopped taking it and continued to feel good; but that this was a mechanism of the medication.   However, Meisel feels that changes to his lifestyle also had a positive impact. Whether or not Meisel’s Crohn’s disease will flare up again and if he’ll need medication again is up in the air.  Dr. Kummer states that if an individual goes into remission for over a year, they have an 80% chance of going a long time without a flare up.  However, two thirds of patients do have recurrences so it is possible that Meisel will need treatment in the future.   However, Meisel states that he’s “cured” of Crohn’s disease because the disease will never hold him hostage again because he knows how to deal with it now.

Ari Meisel’s story is a positive one that shows that the symptoms, including digestive problems and stomach issues, can be managed (not cured) with diet and lifestyle changes.  However, it is important to remember that Meisel made all of these changes under the supervision of a medical professional.  If you suffer from Crohn’s disease, it is beneficial to make healthy changes to your diet and lifestyle. But before you consider stopping your medication, speak to your doctor to avoid serious complications. And remember, Crohn’s disease is a life-long, chronic disease that is incurable