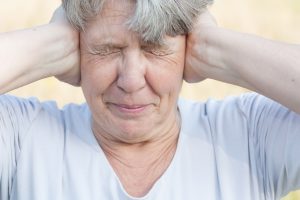 Researcher Dr. Murali Rao said, “Tinnitus could be for a number of reasons. Once all has been done to rule out the common causes of tinnitus, such as blood vessel problems and anything to do with the nervous system, we then look at the chronic tinnitus sufferers where no cause or remedy has been found. There has been a close association between psychological disorders, like anxiety and depression, and tinnitus.”

“TMS [transcranial magnetic stimulation] has an effect on the neurocircuitry of the brain. It’s a way of modulating the connectivity within the brain, and we use that for treatment of depression. What we are trying to find out is how much the treatment has an effect on depression, and we will see what happens with tinnitus at the same time,” added Dr. Rao.

When receiving TMT, a patient has a magnetic coil placed next to the left side of the head. The coil sends short pulses of magnetic fields to the brain surface, stimulating brain cells and this way activating mood-regulating circuits. This is how transcranial magnetic stimulation improves mood in depressive patients.

To determine the effectiveness of TMT in tinnitus, researchers are planning to enroll 20 participants who will receive five treatments a week over the course of six weeks. The new study is based on a Swedish study that found higher depression rates among individuals with severe tinnitus. Subjects who experienced decrease in their depressive symptoms over the course of the study period also reported improvement in their tinnitus condition.

Lead researcher of the previous study Sylvie Hébert explained, “It is clear from our study that changes in depression and tinnitus scores are associated with each other and may be due to comorbidity. This study suggests that depressive symptoms should be assessed in tinnitus patients and vice versa. Future studies are needed to assess possible clinical relevance on an individual level.”

Researcher investigator Robert L. Folmer said, “For some study participants, this was the first time in years that they experienced any relief in symptoms. These promising results bring us closer to developing a long-sought treatment for this condition that affects an enormous number of Americans, including many men and women who have served in our armed forces.”

Affecting roughly 45 million Americans, tinnitus is a condition in which patients hear a continuous sound even when no sound is present. It can be a buzzing, humming, or ringing sound.

Melanie West, chair of the American Tinnitus Association’s Board of Directors, added, “We applaud the work of Dr. Folmer and his colleagues. The results of the joint National Center for Rehabilitative Auditory Research/OHSU study are promising for tinnitus patients everywhere. We are committed to finding solutions for tinnitus and excited to see the progression of TMS clinical trials producing positive results for some patients.”

The study consisted of 64 participants, half of which were treated with TMS. Of the 32 on TMS, 18 reported symptom improvement after six months.

The study shows promise that TMS may be an effective treatment for tinnitus.

Tinnitus is a key symptom of Meniere’s disease, an inner ear disorder

Can tinnitus (ringing in the ear) occur after head, neck, and brain injuries?