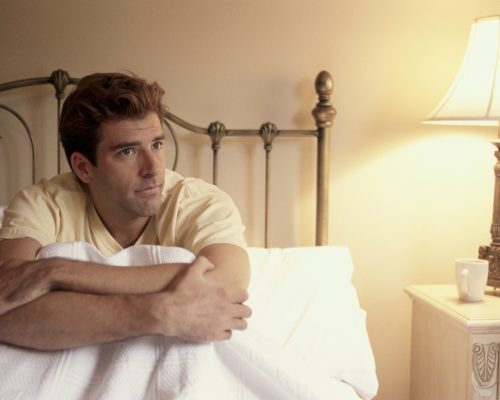 Poor rapid eye movement (REM) sleep – a sleep phase – is tied to higher levels of anxiety and stress, according to a new study. REM sleep is the part of our sleep where dreams are made, and previous studies have also shown a link between poor REM sleep and insomnia.

Further to the previous research, the new study unveiled that poor REM sleep may also hinder a person’s ability to overcome emotional distress, thus contributing to higher levels of anxiety and depression.

Lead author Rick Wassing said, “Previous studies have pointed to REM sleep as the most likely candidate involved in the regulation of emotions.”
During REM sleep, hormones such as serotonin, adrenaline, and dopamine become inactive. This inactivity means that during good REM sleep the emotional impact of memories is properly processed and resolved.

When REM is disturbed, then emotional distress may accumulate, which overtime can lead to overarousal, leading to insomnia, which furthers overarousal, thus further promoting insomnia – a catch-22, if you will.

When we sleep, our bodies enter five different phases, which cycle from light sleep to heavy and repeat themselves. In REM, our breathing becomes shallow and rapid, rapid eye movement occurs, and there is a rise in heart rate and blood pressure. Dreams, too, occur during REM. Researchers believe that parts of the brain critical for learning are also activated during REM sleep.

The researchers conducted a two-part study to achieve their findings. The first study involved a questionnaire from over 1,200 people, who were asked to self-report on insomnia, emotional distress, arousal, or troubling night-time thoughts.

The second study had a total of 32 men and women. Half of them had no sleep problems, and the other half had insomnia.

In the second study, the participants spent two nights in a lab, where their sleep was monitored and brain waves were recorded. Participants also completed questionnaires about experiences with night-time troubling thoughts. After comparing the results, the researchers found that those who had a worse REM sleep had greater difficulty putting aside emotional distress. Emotional distress accumulation contributed to worsened sleep.

Wassing added, “The possible solution would be to stabilize REM sleep.” Wassing also suggests that research into cognitive behavioral therapy as a means to treat insomnia and poor sleep needs to be conducted.

The findings were published in PNAS.