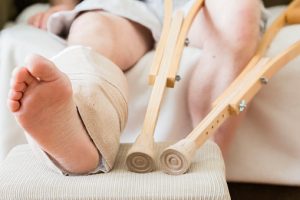 With age comes many things: wisdom from decades of life experience, intelligence from the many years of educational study, and unfortunately, the increased frequency of falls. It is estimated that about one in three people over the age of 65 suffer from bone crushing falls that inevitably take their lives. Falls are a common cause of serious injury, often leading to bone fractures that may lead to disability and a decreased quality of life. However, according to a new study led by academics at the Universities of Bristol and Eastern Finland, magnesium could hold the key to preventing one of the most preventable causes of disability in the middle-aged and elderly population.

It is a well-known fact that elderly individuals are more likely to suffer from brittle bones that may break more easily. This breakdown of bone may lead to inflammation, pain, stiffness, and deformity. Disorders such as osteoporosis, especially in older women, may contribute to fatigue, weakness, and reduced activity tolerance, with bone fractures increasing in risk. The usual treatment is the utilization of calcium and vitamin D supplementation to support bone health, but magnesium may be playing a bigger role in this effort than previously thought.

The study in question followed 2,245 middle-aged men over a 20-year period and found that the men with lower levels of magnesium had an increased risk of fractures, particularly of the hip. Interestingly, those men with higher blood levels of magnesium had their risk of fractures reduced by 44 percent. None of the 22 men who had very high magnesium levels (over 2.3mg/dl) in the study experienced a fracture during the follow-up period.
“The findings do suggest that avoiding low serum concentrations of magnesium may be a promising though unproven strategy for risk prevention of fractures,” said Dr. Setor Kunutsor, a research fellow at the University of Bristol’s musculoskeletal research unit.

The researchers go on to say that simply receiving magnesium from the diet may be difficult in the elderly population, as factors such as bowel disorders and certain medication interactions may not necessarily increase blood magnesium levels. In this case, magnesium supplementation may be an adequate method.

Bone fractures may be prevented with Alzheimer’s drug