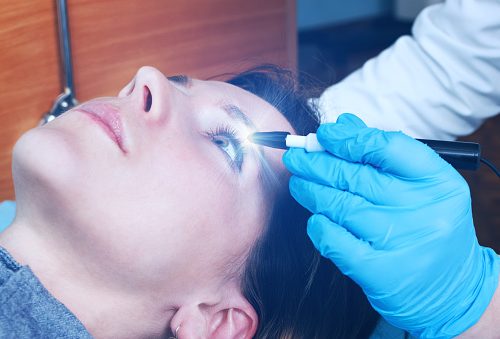 According to a study published online by JAMA Ophthalmology, patients with age-related macular degeneration who received seven or more eye injections of the drug Bevacizumab annually had a higher risk of having glaucoma surgery.

The most common cause of macular degeneration is age-related, and over time, it may result in blurred or no vision in the center of the visual field in those affected. Symptoms include gradual worsening of vision that may affect one or both eyes, but it typically does not result in complete blindness. It does, however, make it difficult to recognize faces, drive, read, and perform other activities.

A common treatment for this condition is intravitreous (in the vitreous, the fluid behind the lens in the eye) anti-vascular endothelial growth factor (anti-VEGF) injections that help reduce the formation of abnormal blood vessel development in the eye, helping to improve visual outcomes for many patients. These injections may be causing more harm than good, as each injection increases the risk of elevated intraocular pressure (IOP). However, the increased risk of developing moderate to advanced glaucoma requiring surgery has been unclear.

Brennan D. Eadie of the University of British Columbia and colleagues conducted a study that included patients taking this particular anti-VEGF intravitreous injection for exudative age-related macular degeneration between January 1, 2009, and December 31, 2013. Ten controls were identified for each case and matched for age, preexisting glaucoma, calendar time, and follow-up time. The number of intravitreous injections received per year—3 or fewer, 4–6, or 7 or more—was determined in both cases and in the controls.
It was found that seventy-four cases of glaucoma surgery and 740 controls were identified, with researchers finding seven or more injections were associated with a significantly higher risk of glaucoma surgery.

“Clinicians should be aware of the potential association of repeated, recent intravitreous anti-VEGF injections for diseases, such as exudative AMD, with subsequent need for glaucoma surgery,” the authors write.