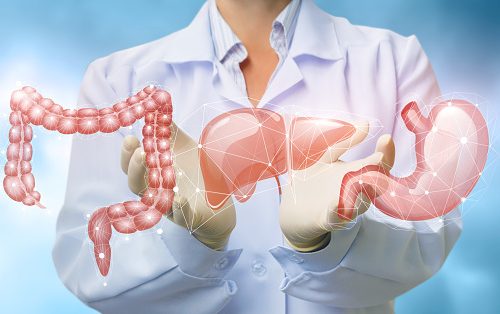 When a patient suffers from lymphocytic colitis, the immune system sends inflammatory cells into the large intestine, causing swelling and inflammation. Immune cells, otherwise known as lymphocytes, can sometimes build up in the area and gather in the lower part of the small intestine. Due to the inflammation, the large intestine cannot absorb water as it normally does.

Lymphocytic colitis is a form of inflammatory bowel disease (IBD). It is a rare disorder characterized by chronic episodes of watery diarrhea and abdominal pain. Women tend to develop the condition more than men. It is most prevalent in elderly patients between the ages of 60 and 80, and it tends to be common in patients with celiac disease.

What Are the Causes and Risk Factors of Lymphocytic Colitis?

The exact cause of lymphocytic colitis is unclear. It can sometimes be related to autoimmune diseases or infection. Autoimmune conditions cause the immune system to attack healthy cells in the body, often causing inflammation, as is found in lymphocytic colitis. Some researchers believe it is caused by something unfamiliar in the digestive tract, such as bacteria, pollen, or foods previously foreign to the body.

What Are the Signs and Symptoms of Lymphocytic Colitis?

The characterizing symptom of lymphocytic colitis is episodes of watery diarrhea with no traces of blood. For some patients, these occur several times a day. Often, these episodes will clear up on their own for a period of time before returning. Other common symptoms include: weight loss, abdominal pain, bloating, dehydration, nausea and vomiting, fatigue or weakness, pain in the joints, and being unable to control a bowel movement. Dehydration is often the result of the chronic episodes of diarrhea.

How to Diagnose and Treat Lymphocytic Colitis

Lymphocytic colitis diagnosis often begins with a visit to your regular physician. They will ask you about your symptoms and family medical history. You may be referred to a gastroenterologist, who is a doctor that specializes in issues of the digestive tract. Other common causes of diarrhea will be ruled out and a physical exam, including an abdominal exam, will be administered. Other tests will likely be run including blood tests to check for anemia or infection, tests for celiac disease, and tests on stool samples.

For some patients, a colonoscopy will be required to confirm the diagnosis. This test involves the insertion of a small camera into the rectum to examine the colon and intestinal tract. An intestinal biopsy may be performed during the colonoscopy, so a portion of the tissue of your intestine can be tested.

For treatment your doctor may prescribe medicines to help stop and prevent the episodes of chronic diarrhea. Most patients only require these medications over a short treatment cycle.

A change in your diet can also be an effective way to treat and prevent lymphocytic colitis. The recommended lymphocytic colitis diet involves eliminating the consumption of foods that are believed to worsen the condition. These include dairy products and high-fat foods, as well as foods that can irritate the stomach or bowels like highly acidic or spicy foods. Other foods to avoid include high-fibre foods such as beans, nuts, and legumes. These are hard for the digestive tract to process and can cause undue stress. Avoiding alcohol is also recommended, as it can cause severe dehydration, which can be life threatening.

A diet for lymphocytic colitis includes soft, easy to digest foods. Examples of these include bananas, applesauce, and rice. It is also advised to increase liquid consumption, especially of water, to combat the dehydrating effects of the diarrheal episodes.

The overall prognosis of lymphocytic colitis is very good. Approximately 20 percent of patients will experience spontaneous remission without any treatment. Over 50 percent of patients show great improvement six months after treatment, while others may continue to suffer with episodes of diarrhea on and off over several years. More than 80 percent of patients claim to have no recurring symptoms or lasting effects three years after diagnosis and treatment.

Lymphocytic colitis is a rare disorder causing inflammation in the intestine. It is a form of IBS caused by immune cells building up and attacking the tissues in the intestine, resulting in inflammation and swelling. The condition is characterized by chronic episodes of watery diarrhea but can also result in abdominal pain, nausea, vomiting, and bloating. The diarrhea in lymphocytic colitis does not contain blood. The causes of the condition are unknown, but have been linked to diabetes, celiac disease, autoimmune disorders, and infection. Certain medications have also been linked to its development. The diagnosis can sometimes require the administration of a colonoscopy and intestinal biopsy. With treatment, prognosis of the condition is very good. Around 20 percent of patients will recover with no treatment whatsoever.