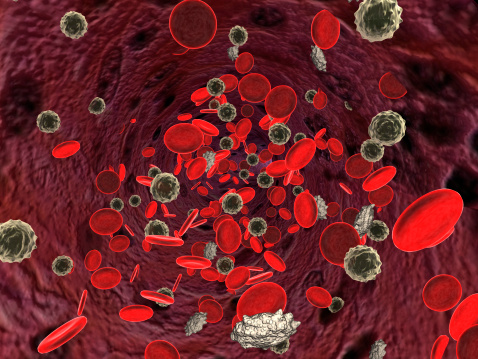 Iron deficiency: Chronic blood loss from the gastrointestinal tract, usually due to medications or through excessive menstrual bleeding. Iron deficiency anemia is quite common among lupus patients and the general population, especially young teenage girls and women.

Red cell aplasia: This is a rare form of anemia usually caused by antibodies directed against either erythropoietin or bone marrow erythroblasts. It typically responds well to steroid treatments.

Research by Dr. Westley Reeves and his team at University of Florida found a possible new treatment for anemia in lupus patients. The researchers explored how inflammation damages bone marrow, contributing to anemia. They tested bone marrow from lupus patients and found abnormally high levels of dying cells, as well as tumor necrosis factor (TNF) that can kill other cells.

The researchers conducted their study on mice to determine if TNF cells caused death to stem cells responsible for producing new blood cells. The researchers found the same levels of dead cells in the mice as they did in the patients, but mice that were deficient in TNF did not develop anemia or have bone marrow damage. The researchers concluded that cell death was then caused by TNF, which ultimately leads to anemia.

Dr. Reeves said, “Our study strongly suggests that TNF production is behind some of the bone marrow problems in lupus, including anemia. TNF inhibitors, which are used to treat rheumatoid arthritis, might therefore benefit certain lupus patients with persistent low red blood cell counts.”

Kidney patients are often given anemia medication, but new findings suggest that it may do very little to improve their well-being. The anemia drugs are called erythropoietin-stimulating agents (ESAs), and the findings work to back up the current implemented guidelines on using ESAs. Continue reading…