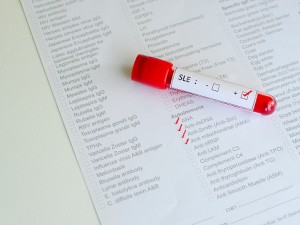 Lupus is an autoimmune disease that was brought into the public eye in 2015 when pop singer Selena Gomez told the press about her diagnosis. Although she has been dealing with the condition for many years, prior to her admission not much was known or discussed about lupus.

Once people became aware of lupus everyone wanted to know more about it, which spread the word and created more awareness. Recent research has uncovered new details about the disease, and here are our top six news stories of 2015 that focused on lupus.

Over one-third of lupus patients get lupus nephritis.

Research has found that lupus nephritis is a common lupus complication affecting 38.3 percent of patients. Researchers have found that patients with lupus nephritis have a greater risk of end-stage renal disease and death. Furthermore, patients were more likely to be male, younger and of non-Caucasian ethnicity.

Dr. Kyriakos Kirou told Medscape Medical News, “One thing this study should emphasize is that people with lupus should be checked for lupus nephritis, and make sure they have regular follow-up if they do have lupus nephritis. It’s very important to treat early and aggressively. I don’t necessarily mean to give more medicine, but better follow-up.” Learn More 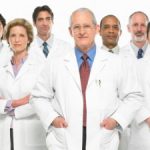 Like many autoimmune diseases, the cause of lupus is unknown but it can affect numerous parts of the body, specifically the kidneys.

Assistant in the project, S. Connery, said, “There have been no new treatments for lupus in the past 20 to 30 years. Many of the drugs have not panned out – they do not work for all patients or they cause negative side effects. We’re part of a huge initiative to change that.”

Numerous research groups have come together on this project, hoping to create a drug to better treat lupus and other autoimmune diseases as well. Other institutions included are TTUHSC El Paso, the University of California, San Francisco, Temple University, the Feinstein Institute for Medical Research, Brigham and Women’s Hospital and various pharmaceutical companies. Learn More

Although many Americans suffer from lupus, much is still unknown about the autoimmune disease. 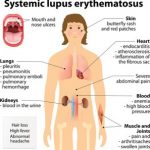 When Selena Gomez, a famous pop singer, announced she was battling lupus, little was known about the condition. It turns out that nearly 72 percent of Americans between the ages of 18 and 34 have not heard of the disease or don’t know anything about it. Worse yet, that age category is at the highest risk of developing lupus. Ms. Gomez told Billboard magazine, “I was diagnosed with lupus, and I’ve been through chemotherapy. That’s what my break was really about. I could’ve had a stroke.”

Because many of the symptoms of lupus are similar to those of other conditions, it is often known as the “great imitator” and causes a large number of misdiagnoses. Dr. Susan Manzi from the Lupus Center of Excellence said, “One of the greatest mysteries of lupus is that it affects different people in different ways – no two cases are exactly alike. This disparity makes lupus one of the most difficult diseases for physicians to diagnose, treat, and manage.” What further leads to complications is that there is not a single test to determine a definite diagnosis of lupus. Blood tests, urine tests, physical exams and biopsies may all be used in order to determine a case of lupus. Learn More 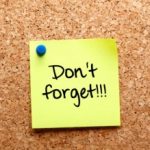 Lupus (systemic lupus erythematosus) can cause brain fog and memory problems. Lupus is a chronic inflammatory disease caused by the body’s immune system attacking itself – also known as an autoimmune disease.

Unfortunately, lupus can affect joints, skin, the kidneys, blood cells, the heart, lungs and the brain. When lupus affects the brain is can lead to lupus fog. Learn More

Lupus and Vasculitis: Vasculitis, inflammation of blood vessels and the risk of lupus

Lupus and vasculitis are both inflammatory diseases and can occur simultaneously. 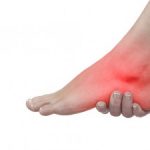 Vasculitis is just one of numerous inflammatory related diseases, and while lupus also fits into the inflammatory category, the two disorders go hand-in-hand in some cases.

Vasculitis is inflammation of the blood vessels. It changes the walls of blood vessels in different ways. It can cause the walls to thicken, weaken, narrow or scar. The problem with these changes is that they restrict blood flow, leading to organ and tissue damage.

There are different types of vasculitis, and while some can impact just one organ, such as the skin, other forms can involve several organs. Vasculitis can be short term or it can be chronic. Learn More

Lupus, Sjögren’s syndrome and rheumatoid arthritis often overlap with each other.

Researchers of the study conducted a meta-analysis of gene expression data for all three diseases to determine overlapping biological processes. The analysis uncovered that inflammatory systemic autoimmune diseases are composed of 371 differentially expressed genes – 187 were underexpressed and 184 were overexpressed. Many of these genes have been previously identified as biomarkers of systemic autoimmune diseases; however, many of them were new.

Now that lupus has been brought to the public’s attention, we can expect more news in 2016 to focus on lupus research, so we can all have a better understanding of this long-misunderstood disease.