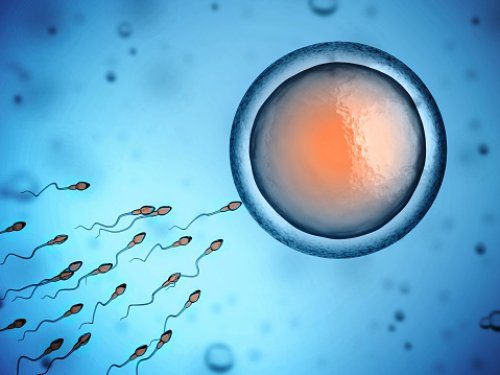 New research has found that semen count is a marker for a man’s overall health and wellness. The study was the largest experiment to date observing semen quality, involving 5,177 men. The participants selected were all in infertile relationships.

Nearly half the participants showed low sperm counts in association with additional health problems. In fact, they were 1.2 times more likely to have an increased level of body fat, high blood pressure, higher levels of “bad” cholesterols, and lower levels of “good” cholesterols than those participants with normal sperm counts. The men with lower sperm counts also showed an increased likelihood of metabolic syndrome, among other metabolic risk factors that indicate the potential for diabetes, heart disease, and stroke. Also linked to higher risk for diabetes development, insulin resistance was more likely in the men with lower sperm counts.

“Our study clearly shows that low sperm count by itself is associated with metabolic alterations, cardiovascular risk, and low bone mass,” said the study’s lead researcher, Alberto Ferlin. “Infertile men are likely to have important co-existing health problems or risk factors that can impair quality of life and shorten their lives. Fertility evaluation gives men the unique opportunity for health assessment and disease prevention.”


Infertility Linked to Osteoporosis in Men

The researchers used a value of less than 39 million sperm per ejaculate to quantify a low sperm count for this experiment. In addition to sperm count testing, the participants underwent reproductive hormone testing and metabolic screening at the outset of the experiment. Men with lower sperm counts were also found to have increased likelihood of hypogonadism (reduction or absence of testosterone secretion or production in the gonads), and half of these men were found to have osteoporosis or low bone mass, which is a precursor to osteoporosis.

Overall, the findings of the study suggest that low sperm count is linked to the presence of other medical conditions or poor overall health, including cardiac health, metabolic health, and bone health, all of which can eventually lead to death if untreated. Unfortunately, this study only offers correlational evidence and cannot provide any suggestions for the causational relationship between infertility and any of the above medical concerns. As such, until further research is performed, we are left with a verifiable “chicken and egg” scenario.

Ultimately, the researchers caution men and physicians to dig deeper when a man is discovered as infertile, as it is a clear indicator of underlying medical conditions that either exist or are in the process of developing. Infertility in men should be treated on more than just the basis of eventually producing a child and treatments should focus on uncovering and resolving any underlying medical concerns which may be indicated by infertility itself.

“Men of couples having difficulties achieving pregnancy should be correctly diagnosed and followed up by their fertility specialists and primary care doctor because they could have an increased chance of morbidity and mortality,” said Ferlin.