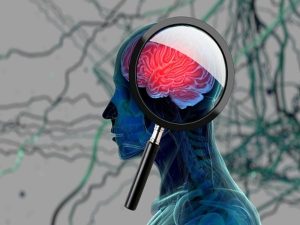 Parkinson’s is a progressive disorder of the nervous system manifesting as a tremor in the hand at first, but then developing into stiffness and slowing of movements. There are several other symptoms of Parkinson’s such as loss of expression of the face, soft or slurred speech, and thinking and behavior problems. While treatment for Parkinson’s does exist, unfortunately, there is no cure.

Current treatment options tend to rely on the control of symptoms, often in the form of oral medication. The problem with Parkinson’s is low brain dopamine concentrations, a neurotransmitter that plays several important roles in the brain and body. While this form of treatment does provide some relief, it is far from perfect.

New research by neurologists and neurosurgeons in collaboration with the Neuroscience Institute at the University of Iowa have completed a study suggesting that low-frequency brain stimulation may be able to improve cognitive function in patients with Parkinson’s disease.

This study provides some of the first evidence that the frontal cortex, or the thinking region of the brain, and a deeper structure called the subthalamic nucleus (STN) involved in movement control are connected in some way.

The researchers found that by simulating the subthalamic nucleus of Parkinson’s disease patients at low frequencies, the improvement was seen in the performance of cognitive tasks – a common area of disruption in these patients.

“It’s not very often that you identify a new connection in the human brain. The existence of this hyper direct pathway from the prefrontal cortex to the STN has been bandied about for around a decade, but this is the first time we’ve experimentally shown that it exists and functions in people,” says Nandakumar Narayanan, UI assistant professor of neurology in the UI Carver College of Medicine and senior study author.

The researchers go on to say that by simulating this area of the brain, they could actually change behavior in a beneficial way.

Deep brain stimulation involves the implantation of a device called a neurostimulator into a targeted area of the brain. This form of treatment has been used for years in those with more advanced stages of Parkinson’s disease, as it helps those who are resistant to commonly used treatment methods.

This connection between the frontal lobe and the STN was found during the surgical procedure as patients were asked to perform a simple cognitive task while electrical activity was recorded from various brain regions.

“We were able to evoke a response to show the functional connection. The very fast response suggests a single, direct synaptic connection – that is what hyper direct means,” explains Jeremy Greenlee, MD, who conducts more than 30 such surgeries every year.

During patient follow-ups, it was found that the low-frequency setting of 4hz stimulation saw improved performance on timing tests, which tasked patients to accurately estimate the passage of a short interval of time. This is a good predictor of cognitive acuity.

Previously done studies have found that Parkinson’s patients and rodent models of the disease were missing a brain wave known as the delta wave in the frontal cortex. Delta waves are known to cycle at about 4hz.

“The fact that we are able to test a lot of our ideas (that come from the rodent studies) about how the neural networks work in awake behaving humans, is something I never dreamed I’d be able to do, but it enables us to ask questions that might actually help a lot of people,” Narayanan says.

Also Read: Cause of loss of smell in Parkinson’s disease patients found