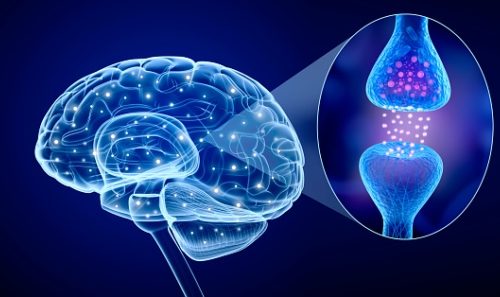 While it occurs naturally in the nervous system and plays an important role in synaptic function, in neurological disorders such as Parkinson’s disease and dementia, alpha-synuclein builds up within neurons, resulting in pathological aggregates that affect certain parts of the brain. Alpha-synuclein is believed to be able to “jump” from one neuron to another, this way spreading across interconnected regions.

Researcher Donato Di Monte explained, “Based on these intriguing observations, it has been hypothesized that the pathological process underlying Parkinson’s disease may actually start in the gastrointestinal tract and then move toward the brain. Our present approach was to look at this long-distance transmission of alpha-synuclein from the opposite perspective, investigating the possibility that alpha-synuclein may travel from the brain to the gut.”

For their study, the researchers used a custom-made viral vector to trigger the production of human alpha-synuclein in rats. This overproduction of the protein was meant to mimic what is happening in some forms of Parkinson’s.

Further analysis established the precise pathway used by alpha-synuclein to travel from the brain to the stomach. The protein first moves from the mid-brain to medulla oblongata (the continuation of the spinal cord in the skull). There, it is detected by long fibers of the neurons that form the vagus nerve. As they are connected to a variety of organs, alpha-synuclein travels within these fibers to reach the gut.
Di Monte added, “Our study shows that alpha-synuclein is able to travel quite far through the body, passing from one neuron to another and using long nerve fibers as conduits. Our findings do not rule out the possibility that diseases associated with alpha-synuclein may originate in the gut. This may happen in some patients. Our results indicate, however, that if pathological alpha-synuclein is detected outside the brain, this does not necessarily mark the site where the disease started.”

The study also mapped out the route that alpha-synuclein takes within the vagus nerve. Di Monte concluded, “It shows that transmission of alpha-synuclein is not just a matter of anatomical connections. Certain neurons appear to have a particular propensity to take up, transfer, and accumulate alpha-synuclein. We don’t know the precise mechanisms underlying this selective neuronal behavior. It is likely, however, that these mechanisms could explain why certain neuronal populations and brain regions are particularly susceptible to alpha-synuclein pathology. This is something we intend to look at in further studies.”