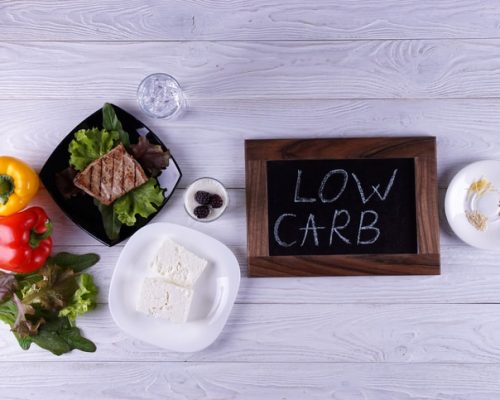 With rates of obesity rising year after year, new weight loss methods are everywhere. Many popular diets recommend cutting carbs and increasing intake of protein and healthy fats, but the long-term effects of following these diets on cardiovascular health have been debated. A new study has found that following a diet low in carbs can increase your risk of heart disease and stroke.

The researchers analyzed data gathered as part of the US National Health and Nutrition Examination Survey (NHANES) between 1999 and 2010. This included information on all-cause death and deaths related to coronary diseases, cerebrovascular diseases, and cancer for 24,825 participants. The data was compared to the participants’ intake of carbohydrates.

Eating Fewer Carbs Increases Your Risk of Death by Half

The participants had an average age of 47 years old and were split nearly evenly into males and females. The follow-up period for most participants was around six and a half years. The researchers subdivided them into groups based on their regular consumption of carbs. With the reduction of carbs, there was an increase in the participants’ risk of all-cause death and deaths caused by cardiovascular and cerebrovascular conditions and cancer.

“We found that people who consumed a low carbohydrate diet were at greater risk of premature death. Risks were also increased for individual causes of death including coronary heart disease, stroke, and cancer. These diets should be avoided,” said study author Maciej Banach.

The results suggest that while low carb diets can be effective for weight loss, lowering blood pressure, and improving blood glucose control in the short term, they should not be maintained over a long period of time. The study results show that in the long term, low carb diets increase the risk of death from all causes and from serious medical conditions.

The causes behind the relationship remain unknown, though the study’s author believes that differences in minerals and vitamins being consumed may play a part, as low carb diets reduce a person’s intake of fiber and fruits that are high in sugar and increase the intake of animal proteins, fats, and cholesterols.