Home » General Health » Losing your hair? Genetics may be to blame 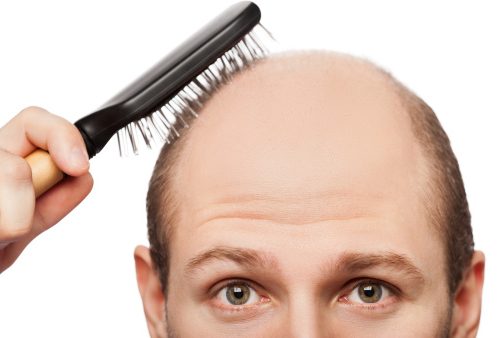 Men who suffer from hair loss may have genetics to blame, according to new research from the University of Edinburgh. Previous research has found only a small group of genetic regions associated with baldness, but this newest study has identified almost 300, meaning scientists are another step closer to potentially preventing male pattern baldness.

The study reviewed genetic data taken from over 52,000 men and identified 287 regions that were associated with severe hair loss. The majority of these genes were linked to hair structure, growth, and development, and researchers were interested to find many of the genetic indicators of male pattern baldness were from the X chromosome. Men receive the X chromosome from their mothers, meaning that baldness could come from the maternal side rather than the paternal.

Identifying the specific genetic regions associated with hair loss may allow researchers to develop treatments that directly target these genes to slow and, ultimately, prevent balding. While these results are promising and could eventually lead to effective treatments for hair loss, researchers stress that these findings do not guarantee a cure for baldness is coming right away. Rather, this research enhances the understanding of the role genetics plays in hair loss and opens the door for further, more in-depth studies.
This is the largest study of genetics in relation to male pattern baldness to date, however, researchers acknowledge that their findings could be enhanced by taking into account the age that participants’ baldness first occurred.

Co-leader of the study, David Hill, explained: “In this study, data were collected on hair loss pattern but not the age of onset; we would expect to see an even stronger genetic signal if we were able to identify those with early onset hair loss.” Further research into the age of onset could not only help to identify those predisposed to early onset male pattern baldness, but may eventually aid in the prevention of this condition.