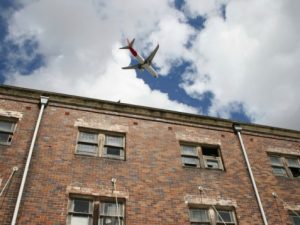 While airplanes are one of mankind’s greatest inventions, they can be the source of a great deal of noise. No one knows this more than those who live close to an airport, especially one that receives a heavy amount of air traffic. The noise produced by these metal behemoths can be very impacting. A recent study has even linked frequent nighttime aircraft noise to an increase in heart-related health risks.

The cost of superior transportation

For as long as people have lived near noisy airports, noisy railways, or even noisy factories, people have complained about them. While these definitely decrease the appeal of the home overall, many individuals and families choose to live in these places, as it often comes with a significant financial discount. But is this bargain worth your health? The researchers behind one of the first long-term studies into the matter of aircraft noise sought to find an answer.

The study in question led to the investigation of data from 420 people living near Athens International Airport in Greece. An estimated 600 aircrafts take off and land at this particular airport every day.

The study lasted from 2004 to 2006 and there was a follow-up in 2013. It was found that 71 of the participants were diagnosed with high blood pressure and 44 with a cardiac arrhythmia called atrial flutter. Also, 18 of the participants had a heart attack during this time.

A doubling of the risk of cardiac arrhythmias was also associated with nighttime aircraft noise when analyzing all cases.

“The findings […] suggest that long-term exposure to aircraft noise, particularly during the night, is associated with incident hypertension and possibly, also, cardiovascular effects. We anticipate that the research undertaken will be useful for improving the quality of public health in areas where exposure to transportation-related noise is prevalent,” said the authors of the study.