Home » Anti-Aging » Living Forever? Researchers Say it Could Be in the Cards 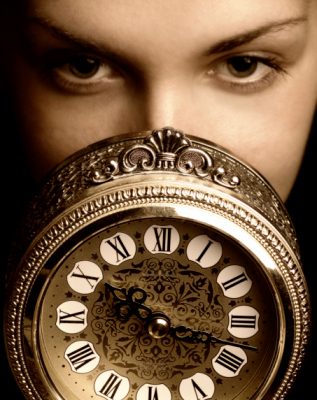 For centuries, scientists have been searching for that particular anti-aging regimen that could maintain youth. From herbal concoctions to exotic extracts, researchers have tried to determine exactly what can maintain youth and ultimately prevent the aging process. It is thus not surprising to see manufacturers scramble to present their anti-aging cosmetic products to the buying public, with the idea that their formulation may delay aging and maintain youth.

According to a recent scientific report published in the journal Aging Cell, the aging process may be delayed through the action of a specific protein, called KGB-1. Using the nematode worm Caenorhabditis elegans as the experimental animal model, the study showed that inactivation of the KBG-1 protein resulted in the worm’s loss of protection against stress, thus resulting in enhanced aging. The nematode C. elegans served as an ideal animal model for examining anti-aging mechanisms because of its short life span, ease in propagation in the laboratory, and simple biological pathways. This nematode is much easier to manipulate for experimentation as compared to mice, rats, and rabbits. It is thus not surprising for scientists to use this animal model in identifying solutions to maintain youth.

What This Means for the Aging Population

Stress has been considered as a prime cause for aging because it triggers the release of free radicals in the cells, which may create damage to tissues. These free radicals have a high affinity of coupling with other proteins in the body, preventing these from completing normal physiologic processes such as repair of damaged tissues and production of other important proteins. The production of free radicals in tissues due to stress may thus speed up the process of aging. In terms of pharmaceutical and cosmetic anti-aging products, organic molecules are often included in these formulations that are expected to interact with the free radicals that would prevent aging and therefore maintain youth. The most common anti-aging molecules include vitamins, minerals, and free amino acids.

According to the report, aging in C. elegans is influenced by the production of kinase enzymes that trigger destruction of tissues and other important cells of the body. The nematode also produces the KGB-1 protein, which is produced by the nematode in relatively high amounts in the body, thus preventing the effects of heavy metals and free radicals from inducing aging and allowing the animal to maintain youth. To identify the specific anti-aging component in the nematode, the scientists attempted to destroy the capacity of the nematode to produce the KGB-1 protein and examine its actual effects on the process of aging.

The results of the study showed that the production of KGB-1 protein in the nematode decreases through time, suggesting that the test animal was undergoing the process of aging. However, experimental manipulation of the gene responsible for producing the KGB-1 protein resulted in its continuous production, allowing the nematode to prevent the effects of stress induced by free radicals. More importantly, the continuous production of the KGB-1 protein showed that the experimental animal was able to maintain youth and extend its life span.

This report is one of the most interesting scientific breakthroughs in the field of anti-aging research. The study showed that to maintain youth, certain proteins are needed in the prevention of stress and cellular damaging. These anti-aging molecules are thus inherent in the body and decrease the need for scientists to find exotic plants or animals that possess anti-aging substances that could maintain youth.

The findings of this recent report may be far from its actual application to humans, yet the information generated by the study showed that the goal to maintain youth might not be as strange and unimaginable as previously considered. The anti-aging solution may actually be present in our bodies, yet this may only be fully determined through future biomedical research.