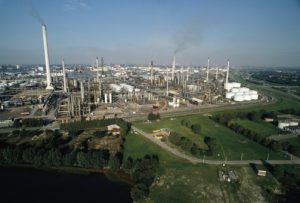 A link between higher levels of a specific air pollutant and heart disease has been found by researchers at Johns Hopkins Bloomberg School of Public Health. The relationship was found in an increase of hospitalizations due to cardiovascular related events in those over the age of 65.

The findings are the strongest to date that show coarse particulate matter can have an impact on health. This matter ranges in size and is released into the air through farming, construction projects and even wind in the desert.

Lead study author, Roger D. Peng, Ph.D., said, “We suspected that there was an association between coarse particles and health outcomes, but we didn’t have the research to back that up before. This work provides the evidence, at least for cardiovascular disease outcomes. I don’t feel like we need another study to convince us. Now it’s time for action.”

The researchers also studied respirator disease but did not see a correlation between high levels of coarse particle matter and hospitalizations for those illnesses.

The research team studied data from air monitoring networks set up by the U.S. Environmental Protection Agency (EPA) in 110 urban counties. This information was linked with Medicare hospitalization data from the same areas between 1999 and 2010. Hospitalizations were for those over the age of 65.

Over the course of the study 6.37 million cardiovascular and 2.51 million respiratory emergencies occurred in hospitals within the counties.

When coarse particles were higher cardiovascular hospitalizations also tended to be higher.

Through the Clean Air Act, EPA closely regulates particles and states work to reduce levels through various mechanisms, for example, stronger emission testing or adding scrubbers to coal-fired power plants. These are effective for manmade particles, but it can be more difficult to control naturally occurring particles.

Higher coarse particles were found in the western United States; there were more cardiovascular-related hospitalizations as well.

Dr. Peng added, “Just because the particles are the same size doesn’t mean they are made of the same material. It’s possible that the chemical composition of the particles in the east could make them more toxic.”

The EPA is designed to measure finer particles and not large ones. Dr. Peng suggests a new national monitoring system may need to be implemented in order to measure larger particles.

Read more about the risks of air pollution:

Why the air you breathe could be hurting your liver