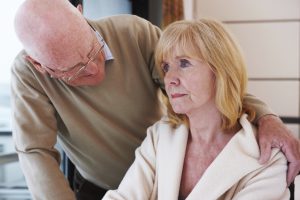 The research team from the Mayo clinic examined brain tissue samples from autopsied individuals with a well-documented history of dementia, who had died within the last three years. The study consisted of 41 confirmed LBD cases, 70 confirmed Alzheimer’s disease cases, and 14 cases of Alzheimer’s disease and amygdala-predominant Lewy bodies. Next of kin received questionnaires to uncover when dementia began in the patients, along with approximate time of start of hallucinations, misperceptions, and misidentification of family members.

Earlier onset of visual hallucinations was found to be associated with higher Lewy body density and greater density of neurofibrillary tangles of Alzheimer’s disease in the amygdala-predominant Lewy bodies group.

The researchers pointed to the importance of timing of hallucinations, misperceptions, and misidentification of family members in diagnosis of dementia. Furthermore, if hallucinations began within the first five years of dementia, it is more likely to be an indicator of LBD as opposed to Alzheimer’s disease. This can help practitioners to diagnose LBD more accurately.

Hallucinations can be an early sign of Lewy body dementia or be part of the disease. If discovered early on, treatment can work well in order to improve hallucinations as well as slow down the progression of the disease. Generally, it is not advised to try and convince a person with Lewy body dementia or Alzheimer’s disease that their hallucinations are not real, as it can contribute to distress. Some family may gently acknowledge that they do not see what the patient sees, but understand that they see it.

Some research has shown the benefits of cholinesterase inhibitors, which are FDA-approved to treat Alzheimer’s disease and other forms of dementia.

Family support is the biggest factor when it comes to treatment of hallucinations in LBD. Like any other form of dementia, a whole family becomes affected when a loved one develops the condition. Caring for a dementia patient can be emotionally and physically exhausting, so having a large support group can help lessen the stress. Family members, too, should seek support from groups, therapy sessions, and even doctors in order to better cope and improve care for their loved one.

Memory loss and dementia are issues that plague so many of us as we age, but now researchers have found that having a particular blood type may determine your risk of developing such conditions. There are other factors, which contribute to memory loss aside from blood type, and scientists continue to point out ways to prevent the decline that is seemingly a natural part of aging. You need to keep stress and blood sugars relatively low, and, of course, absolutely no smoking. Continue reading…

Anxiety medications won’t increase the risk of dementia in seniors

Common anxiety medications like Xanax and Valium are not linked to an increased risk of dementia among seniors, according to new findings. Although these medications won’t contribute to memory loss, they do, however, come with other side effects and should still be used with caution. Continue reading…