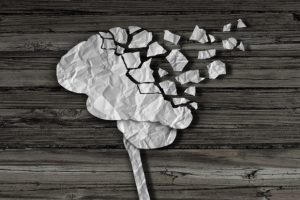 Lewy body dementia (LBD) may often be misdiagnosed as Alzheimer’s disease, according to research findings. Howard I. Hurtig, chair at the department of neurology, Pennsylvania Hospital warned, “While the symptoms of LBD may be similar to Alzheimer’s and Parkinson’s disease, the treatment strategy is more challenging because fewer medications can be used safely. I cannot overemphasize the need to avoid medications that can worsen the symptoms of LBD. Every patient with this disease and their caregivers should be familiar with the list of acceptable and forbidden drugs.”

It’s this mixture of symptoms – not to mention LBD’s similarity to diseases like Alzheimer’s and Parkinson’s – that makes it difficult to diagnosis. What’s more, LBD patients can easily have a bad day whenever they are poorly responsive, not knowing what time it is or where they are. But then the next day, they are their normal self once more, able to discuss their favorite TV show and distant memories equally.

As a result, it can be pretty disabling for LBD patients and upsetting for family members and caregivers alike.

What is Lewy body dementia exactly?

While looking at Parkinson’s disease in the early 1900s, scientist Friederich H. Lewy discovered abnormal protein deposits that disrupt the brain’s normal functioning. These Lewy body proteins are found in an area of the brain stem – basically, where they deplete the neurotransmitter dopamine, causing Parkinson’s-like symptoms.

In LBD, these abnormal proteins are spread throughout other areas of the brain. The brain chemical acetylcholine is then depleted, which adversely affects perception, thinking, and overall behavior. LBD exists on its own or in conjunction with Alzheimer’s disease and Parkinson’s disease.

According to the Lewy Body Dementia Association, LBD is not a rare disease. It affects roughly 1.3 million Americans. LBD now refers to both Parkinson’s disease dementia and dementia with Lewy bodies. The earliest symptoms of these two diseases differ, but are the result of the same biological changes in the brain. Over a period of time, people with both diagnoses will develop similar cognitive, physical, sleep, and behavioral symptoms.

Although the cause of LBD isn’t exactly clear, several factors may increase the risk of developing the disease – such as being male and older than 60, as well as having a family member with LBD.

On average, the disease has a duration of five to seven years. But it can still continue anywhere between two and 20 years, depending on a person’s overall health, age, and severity of symptoms.

There’s no cure for LBD, and treatment can be challenging because each person with LBD and other dementias experiences symptoms differently. Still, the individual symptoms of LBD can be treated by patients and caregivers, according to the Mayo Clinic.

For one thing, Alzheimer’s disease medications like rivastigmine (Exelon) help increase the levels of chemical messengers (neurotransmitters) thought to be important for memory, thought, and judgment in the brain. This can improve alertness and cognition, and may help reduce hallucinations and other behavioral problems. Possible side effects may include gastrointestinal upset, excessive salivation and tearing, and frequent urination.

Sometimes, simply modifying a patient’s environment helps. That’s because reducing clutter and distracting noise can make it easier for someone with dementia to focus. It can also reduce the risk of hallucinations in people with LBD.
We all know that exercise benefits everyone, including people with dementia. Exercising may slow the progression of impaired thinking in LBD patients. Crossword puzzles and other thinking activities may be beneficial, too.

In order to help prevent nighttime restlessness and disorientation, patients and caregivers should try limiting caffeine during the day, eliminating daytime napping, and establishing a sound nighttime ritual.

It’s important to note that it may take more than a year or two for enough LBD symptoms to develop. That’s why it’s critical to pursue a formal diagnosis and treatment early on. It will make a difference to quality of life.

Lewy body dementia, an umbrella term for both Parkinson’s disease dementia and dementia with Lewy bodies

Alzheimer’s disease and hallucinations: Coping with delusions in Alzheimer’s