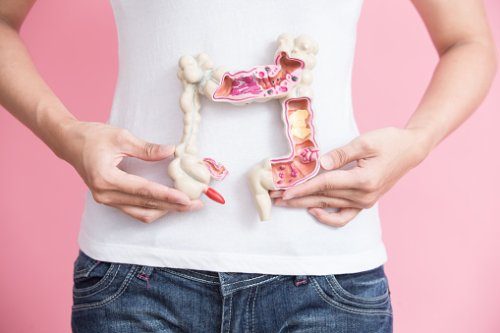 They may experience constipation and other symptoms. In fact, about 15 to 30 percent of constipation cases are caused by lazy bowel syndrome. Slow transit constipation, another name that refers to the condition, can happen in any age group to both males and females, but mostly women and the elderly are affected.

What Are the Causes of Lazy Bowel Syndrome?

Lazy bowel syndrome has often been attributed to an abuse of laxatives. This is known as “rebound constipation,” and the theory has been challenged for not being grounded on compelling evidence. Other causes of lazy bowel syndrome include the following:

What Are the Symptoms of Lazy Bowel Syndrome?

There are several signs and symptoms of lazy bowel syndrome, all relating to issues of the digestive system. The following are the most common signs:

What Are the Symptoms of Lazy Bowel Syndrome?

Dietary management: Boosting fiber and fluids in the diet are two important steps in treating LBS. It is more consistent to do a full diet change, but stool softeners may also be prescribed if constipation is too painful or bothersome.

Increase fluid intake: Drinking eight to 12 cups of fluid a day can help relieve the symptoms of LBS.

Increased physical activity: There have been many studies that link physical activities to an improvement in bowel movements. LBS occurring more in the elderly is assumed to be caused by insufficient activity. Running, yoga, and aerobic exercise are just a few options that may be helpful in relieving some of the symptoms of LBS.

Medications that stimulate the colon: Drugs such as colchicine, misoprostol, prucalopride, erythromycin, and tegaserod may be prescribed to stimulate bowel activity to cause a movement.

Surgery: Surgical interventions are used as a last resort to treat LBS. The surgery is intended to restore movement of the gut and has shown good long-term success rates. However, as with all surgeries, there is some risk involved and it cannot be predicted beforehand if the operation will be successful.

The main two diet changes for people with lazy bowel syndrome include an increase in water and fiber. Fiber is a noncongestible carbohydrate found in plants, and most Americans do not get enough in their diet. Boosting dietary fiber helps bulk and soften stool, relieving constipation and discomfort of lazy bowel syndrome. According to research, the average person needs 14 grams of fiber per 1,000 calories consumed. In other words, women should have 25 grams of fiber daily, while men should have 38.

Fiber can be found in a wealth of foods, from grains and legumes to fruits and vegetables. For people with LBS, eating foods rich in insoluble fiber is the best improvement to make. This kind of fiber does not dissolve in water, which allows it to move through the digestive system like a sweep, carrying out food waste with it. This improves regularity and helps remove toxins from the body. Some foods that provide insoluble fiber include whole-wheat couscous, whole-wheat bread, oat bran, beans, wheat bran, tomatoes, cucumbers, and carrots.

It’s easy to add fiber to your diet, whether you consume it as a snack or in your meals. Adding more fiber should be done slowly over several weeks to prevent discomfort in the abdomen. You can begin by eating a high-fiber cereal in the morning and having fresh fruit on the side. As a bonus, the fructose in your fruits will satisfy your sweet tooth so you don’t crave too many sugary snacks the rest of the day. You could also make green salads a regular side dish with your lunch and add some beans or grains and seeds for extra fiber. If you want to add fiber to your dinner, replace refined grains with whole grains such as brown rice or whole-wheat pasta.

With the increase of fiber, you should also boost your fluid intake. The amount of fluids you should consume depends on how active you are, the climate you live in, and your age and medical condition. On average, adults should have eight to 12 cups of fluid (preferably water) daily. Milk, juice, broth, and decaffeinated tea are also good options.

As uncomfortable as lazy bowel syndrome may be, it can be treated, and symptoms can improve. With persistent changes to your lifestyle in terms of diet, exercise, and stress reduction, you may benefit from a relief of symptoms and an overall better feeling before, during, and after you eat. If you experience any of the symptoms mentioned above, speak with your doctor to get a proper diagnosis.

Frequent bowel movements: The causes and how to stop it