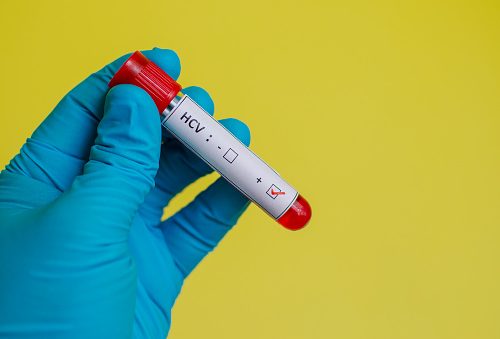 In people who inject drugs (PWID), late chronic HCV (hepatitis C virus) disease therapy can cause severe liver damage. Worldwide there is an estimated 12.7 million people who inject drugs. Hepatitis C virus is a blood-borne viral infection estimated to affect 160 million people worldwide. HCV can contribute to cirrhosis of the liver, and if left untreated chronic liver disease will occur in 60 to 70 percent of patients; five to 20 percent will live with cirrhosis and up to five percent will die from it.

The latest research from New York University suggests that delayed HCV treatment can contribute to severe liver damage, which can ultimately lead to death. 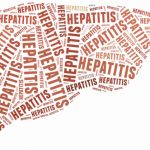 Drug injection is the primary way to contract HCV within the U.S., making it a common disease among people who inject drugs. Estimates reveal that 50 to 80 percent of PWID are chronically infected. Less than five percent of PWID receive treatment for their HCV.

For the research, 21 studies were examined with over 8500 persons who inject drugs.

Principal investigator, Holly Hagan, said, “Understanding HCV disease progression rates among people who inject drugs (PWID) is important to setting policy to expand access to detection, diagnosis and treatment, and in forecasting the burden of disease. In this study we synthesized existing data on the natural history of HCV among PWID, including fibrosis progression rates and the incidence of compensated cirrhosis, decompensated cirrhosis, and hepatocellular carcinoma.”

“Based on our analysis of fibrosis progression, PWID, on average, will have moderate liver fibrosis between 26 to 38 years after HCV infection and will develop cirrhosis within 34 to 46 years,” said Dr. Hagan. “In the course of the disease progression, cirrhosis may lead to HCC, the prognosis for which is extremely poor – the median length of survival is approximately 12 to 15 months. Since PWID tend to be infected at an early age, they are likely to develop HCC in mid- to late-adulthood, resulting in losses of individuals in their most productive period of life.”

The researchers believe their findings reveal many benefits associated with early treatment of HCV and can eventually result in a cure. Unfortunately, treatment like this is often expensive and may not even be available to PWID. Furthermore, many insurers do not cover such early preventative treatment, not until the illness has progressed much further.

The team is hopeful that by creating a better understanding of the rates of HCV in PWID they can create policy change among insurers. Dr. Hagan concluded, “Unfortunately, the restrictions on HCV treatment force us to identify other ways to slow disease progression.”


What is chronic hepatitis C?

The difference between hepatitis A, B and C is that different viruses cause them. Although they can share similar symptoms, they all use different modes of transmission and affect the liver differently. Currently there are vaccines for both hepatitis A and B but none are available for hepatitis C.

An estimated 2.7 million Americans are infected with hepatitis C, but many do not know of their diagnosis because they do not show symptoms or feel sick. The rate of chronic hepatitis C is around 75 to 80 percent in those who begin with acute hepatitis C.

Because HCV is so resilient, it is able to stay alive on drug equipment weeks after exposure. Among people who inject drugs, rates of HCV are higher than HIV.

Prevention and treatment of HCV infection for PWID 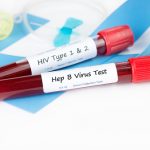 Hepatitis C virus does not always require treatment; sometimes the immune system will fight it off on its own. Additionally, some individuals living with chronic HCV won’t experience liver damage.

When treatment is required it typically involves injection on a weekly basis for up to 48 weeks. New antiviral treatments have recently been developed which have shown to be far more effective than the older method of injections over 48 weeks. These direct antiviral agents (DAA) are safer to use and consist of less adverse effects. Furthermore, the treatment is shorter – only lasting 12 weeks. The problem is initial costs of such treatments are expensive, making it unavailable to lower-income individuals.

The best form of treatment for HCV is prevention – not contracting it in the first place. Because there are no vaccines for HCV, it’s important to lower your risk of encountering the virus. Primary prevention methods include:

Secondary and tertiary prevention techniques include:

If you have been wondering about the recent spike in medications that can cure the silent killer, hepatitis C, you might find the answer in a recent study that was published in this month’s issue of The American Journal of Gastroenterology. Continue reading…

WHO renews efforts to quell the spread of hepatitis

To add impetus to World Hepatitis Day on July 28, the World Health Organization (WHO) will launch its flagship event in Egypt, a country that has one of the world’s highest rates of hepatitis cases. WHO will work with the health authorities in Egypt to develop national ‎blood safety standards. Continue reading…