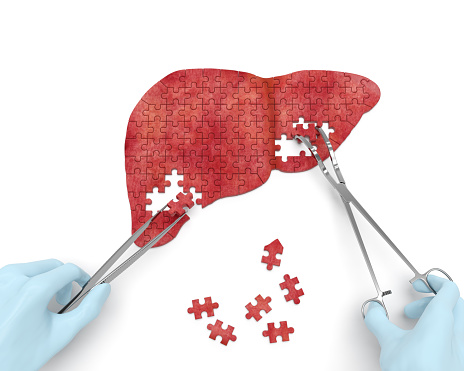 If you have been wondering about the recent spike in medications that can cure the silent killer, hepatitis C, you might find the answer in a recent study that was published in this month’s issue of The American Journal of Gastroenterology.

The study reveals there might be four times as many cases of severe liver damage from hepatitis C in Americans than was previously believed. This could be because the disease often goes unnoticed until it reaches its advanced stage.

By analyzing 9,783 patients with hepatitis C, researchers came to the conclusion that the practice of using a biopsy to detect scarring of the liver (common result of liver cirrhosis) is not enough. In fact, relying on biopsies alone is one of the reasons we do not have any accurate data on the prevalence of hepatitis C.

According to the World Health Organization, an estimated 500,000 people worldwide die each year because of this liver infection – typically spread through contact with the blood of an infected person. The U.S. Centers for Disease Control and Prevention (CDC) estimates the number of Americans with chronic hepatitis C is around the 2.7 million mark. If untreated, these people can develop cirrhosis of the liver, liver failure or even liver cancer.

For the study, the team of researchers analyzed records of hepatitis C patients from four large U.S. healthcare systems. The records showed 2837 of the patients had evidence of liver damage, or cirrhosis. The remaining participants in the study (61 percent) did not have cirrhosis.

What amazed the researchers is that liver biopsy, considered the gold standard for diagnosing cirrhosis, did not detect cirrhosis in many of the patients. In fact, researchers found when other tests (blood tests and a noninvasive scoring system known as the FIB-4 score) were used in addition to biopsies, they revealed a fourfold higher prevalence of cirrhosis among the patients. The reason could be that looking at the tissue from one corner of the liver doesn’t necessarily provide the full picture of what is going on in the entire liver. The liver is, after all, a very large organ – it is the second largest organ (after skin) in your body.

One of the outcomes of the study is that simply relying on liver biopsy to establish a diagnosis of liver cirrhosis will underestimate the prevalence of the disease.

The new study confirms the benefit of having more than one way to assess the state of someone’s liver. The aim of the project is to find ways to prevent the onset of cirrhosis, which is essentially a premalignant state that will require life-long screening of the liver. It’s important for the infected people to know where they stand and take the correct therapeutic measures before the condition progresses to advanced liver disease or cancer.

But the main obstacle for widespread use of the drugs is their enormous cost.

The study leader, Dr. Stuart Gordon, director of hepatology at Henry Ford Hospital in Detroit, agrees that finding an effective and affordable cost is the need of the hour, however he sidesteps the issue of cost of treatment by saying his research wasn’t intended to emphasize the need for treatment, but to emphasize the severity of liver damage among hepatitis C patients.

According to Gordon, the question of the prevalence of hepatitis C had to be answered because it’s a question that comes up very frequently.

One of the members of the team sums it up nicely by saying, “This study highlights that we have effective measures for detecting liver disease, and they need to be widely implemented.”