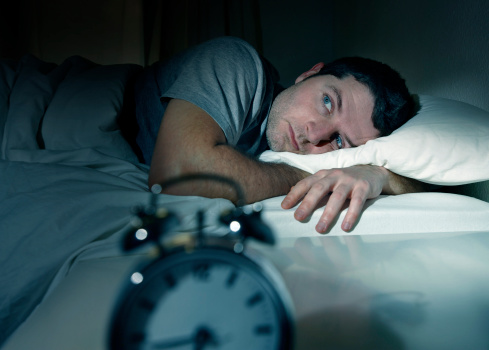 Sleep is something we all wish we could get more of, but it is often regarded as a waste of time when we could be doing something else. Even if we do get the proper amount of sleep, other factors may prohibit us from getting quality sleep, making the feeling of being well rested quite elusive.

The importance of restful sleep has never been clearer, as according to new research, people who have less rapid eye movement (REM) sleep may have a greater risk of dementia than those who do.

The stages of sleep

Our sleep is broken up into five stages, all which help to promote quality sleep. Stage one is light sleep, where you drift in and out of sleep and can awaken easily. Stage two is when your brain prepares for deeper sleep as your eye movements stop and brain waves become slower. Stages three and four are characterized by slow waves with interspersed smaller, faster waves. These four stages are also called non-REM sleep.

The fifth stage is called REM: rapid eye movement. As the name suggests, it is characterized by the eyes darting around under the eyelids. REM sleep occurs about an hour to an hour and a half into sleep and recurs multiple times throughout the night.

Not getting quality sleep can prevent a person from reaching the last stages of sleep, making them feel unrested despite getting enough hours. Now according to researchers, this may increase your risk of dementia—a disorder of the brain that causes memory loss, difficulties with thinking and problem solving, and even reduce a person’s independence.

The study in question looked at 321 people with an average age of 67 from the state of Massachusetts who participated in The Framingham Heart Study. This study looked at sleep cycles of each participant, collecting the data for an average of 12 years. During that time, 24 people were diagnosed with Alzheimer’s disease, the most common form of dementia, while 32 were determined to have some other form of the condition.

Looking deeper into the obtained data, the researchers found that the individuals who developed dementia spent on average 17 percent of their sleep in the REM stage, compared to 20 percent in those who didn’t develop dementia.
Links were found between having a lower percentage of REM sleep and longer time to get to REM sleep and a greater risk of developing dementia. The other four stages were not seen to be associated with dementia risk.

“Our findings point to REM sleep as a predictor of dementia. The next step will be to determine why lower REM sleep predicts a greater risk of dementia. By clarifying the role of sleep in the onset of dementia, the hope is to eventually identify possible ways to intervene so that dementia can be delayed or even prevented,” said study author Matthew P. Pase of the Swinburne University of Technology in Australia.

Related: This is the real cause of your sleepless nights

Poor sleep could be making you fatter