Home » General Health » Knock on Wood – Could Your Superstitions Have Real-Life Effects? 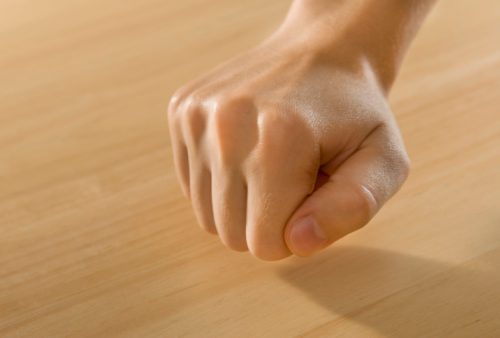 Superstitions once ruled the world – a world where black cats were witches’ familiars, where rabbit’s feet were signs of good luck, and where bad luck always came in threes. But the way we perceive the world has changed, as science has made more discoveries and things that were once believed to be “bad luck” are now just waved away as coincidence, or simply the way things are.

However, recently, a strange set of “coincidences” in a new study conducted at the University of Chicago Booth School of Business may suggest that the paths of superstition and science may intersect after all — could it be that superstitions actually do help to prevent calamities from happening?

Our Perception of Our Actions

Superstitious actions are all for the purpose of undoing perceived bad luck, which is why throwing  salt over one’s shoulder, knocking on wood, and avoiding walking beneath a ladder have all been purported to prevent bad luck. The recent findings of the University of Chicago may prove that these actions of “avoidance” could actually help reduce anticipated negative consequences.

Chicago Booth School of Business’ associate professor of behavioral science, Jane Risen, claims that the actions to “undo jinxes” – knocking on wood, throwing salt, etc. – help to exert force away from the representation of ourselves. This helps to “push away” the bad luck in our consciousness, and it reduces our perception of the feared negative consequences.

The university conducted five different experiments, involving an action that “tempted fate”, each followed by an action that “avoided” the negative consequences of the action. The common avoidance actions were knocking on wood and touching a ball.

Those that threw the ball or knocked on wood in a downward motion (away from the body) stated that a negative consequence of their actions were less likely to occur than those that held onto the ball or knocked in an upward motion (toward the body). Those that used the “avoidance” actions not only believed that the negative outcome were less likely, but they had a much less vivid mental image of the consequence of their “tempting fate” than those that didn’t use avoidance technique.

But can knocking on wood, throwing salt over one’s shoulder, or any other superstitions really reverse our fortunes?

The team of researchers at the University of Chicago Booth School of Business believe that changing one’s perception can have an enormous impact on how one responds to the situations they are presented with, which can lead to better responses. By pushing the bad luck away or avoiding it, our minds believe that there is a much lower risk of the actions actually happening. This shows just how powerful the mind can be, and how much of an effect it has on the actions of all humans. These superstitions may not have a base in reality, but the study of these superstitions show behavioral scientists how much influence the perception of reality has in human judgment, emotional management, decision-making, the formation of beliefs, and stereotyping.