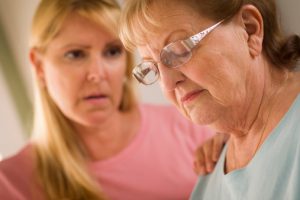 Traditionally used in human and veterinary medicine, the drug, ketamine, now promises to be a fast, effective treatment of depression in patients unresponsive to other medications.

New research conducted by Japan’s RIKENCenter for Life Science Technologies – and published in the journal Translational Psychiatry – reveals that ketamine works by boosting serotonin in the parts of the brain regulating motivation. This “feel-good neurotransmitter,” as it is often called, explains its antidepressant effect on humans, researchers concluded.

The study, which consisted of the positron emission tomography (PET) imaging of four macaque monkeys, demonstrated that ketamine could help patients suffering from treatment-resistant major depressive disorder – those who do not respond to standard drugs, such as serotonin reuptake inhibitors, monoamine oxidase inhibitors and tricyclic antidepressants. Typically, these psychiatric medications are given to patients with depressive disorders to alleviate symptoms, both mild and severe.


Depression More Common Than You Think

Depression, which is also known as major depression, clinical depression or major depressive disorder, is a medical illness causing a continuous sadness and lack of interest. Depression affects feeling, thinking and overall behavior, which can eventually lead to emotional and physical issues. Generally speaking, people with the mental illness may find it difficult to complete their day-to-day routines and even feel as though their lives are not worth living.

According to the National Institute of Mental Health (NIMH), an estimated 6.7 percent of American adults have had depression during the last year, and more than 30 percent of these people – two percent of the entire adult population – experience severe symptoms.

While the NIMH says that women are 70 percent more likely to show depressive symptoms during their lifetime, an article published in the August 2013 edition of JAMA Psychiatry revealed that depression actually affects 30 percent of men and 33 percent of all women – so roughly about the same. Still, even though the vast majority of people with a depressive illness can improve with proper treatment, a significant percentage of them never seek medical attention.

Antidepressants In The Future

What’s behind ketamine’s action on the depressive brain remains unclear. And the validity of this most recent study could still be challenged. Nonetheless, additional research on ketamine, with respect to treatment-resistant depression, shows similar response rates in patients.

Although not sufficient enough to warrant the wholesale change in treatment, the combined results certainly provide insight into the biology of this mental illness, not to mention significant hope for patients with treatment-resistant depression, researchers said. Now it’s up to clinician scientists and funding agencies to answer this next set of important questions for such individuals.