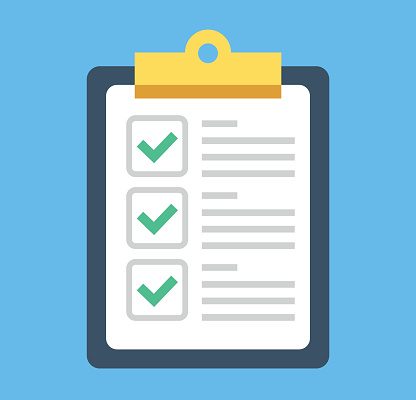 The longer you live, the more likely you are to have had surgery for some sort of ailment. The World Health Organization (WHO) estimates that in 2012, approximately 312.9 million operations were performed globally, which had increased by 38 percent over the previous eight years. This is about 4,469 surgical operations for every 100,000 people per year. These are surgical operations that are performed in an operating room and require general anesthesia, according to WHO. Patients undergoing surgical operations are at risk for a multitude of complications, with death being one of them.

After an operation, patients are at higher risk of complications and death from hemorrhage, infection, organ failure, and other various causes. This has led the WHO to spearhead a five-year voluntary checklist-based study—a 19 item list highlighting key points of attention in three phases of surgery: sign in (before the administration of anesthesia), timeout (before incision), and sign out (before the patient exists the operating room). This program began back in 2008, and eight hospitals in eight different cities around the world participated, demonstrating nearly one-third fewer deaths and complications from non-cardiac surgery in a diverse population of adult patients as a result.

In a similar study that took place in South Carolina, a modified Safe Surgery program was implemented, with a total of 14 hospitals completing the program. It consisted of a 12 step implementation consisting of a customized checklist for the particular hospital. It was observed that nearly 40 percent of South Carolina’s inpatient surgery volume participated in the study, which was done from 2010 to 2013. The results showed that in these 14 hospitals, post-surgery death rates fell from 3.38 before checklist implementation to 2.84 percent after implementation.
Of note is that the South Carolina hospitals who did not complete the program saw no such decrease in post-surgery death rates, which were 3.5 percent in 2010 and 3.71 percent in 2013. This represents a 22 percent difference in post-surgery mortality between these two groups.

“Safety checklists can significantly reduce death in surgery. But they won’t if surgical teams treat them as just ticking a box. With this work, South Carolina has demonstrated that surgery checklists can save lives at a large scale—and how hospitals can support their teams to do it,” said co-author Dr. Atul Gawande, executive director of Ariadne Labs who also led the international team that developed the WHO Safe Surgery checklist in 2008.