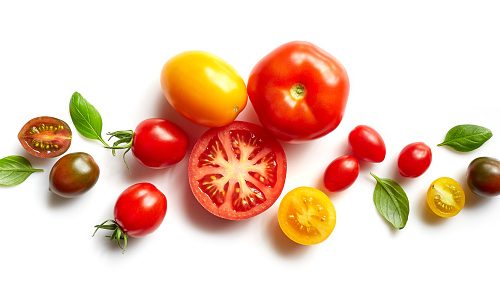 Keeping food fresh, especially fruits, vegetables, and meats, can be a challenge. However, scientists believe that they might have found a solution that involves the use of a special antimicrobial packaging.

According to the National Resources Defense Council, about 40 percent of food in the United States goes uneaten. It ends up in landfills where it continues rotting and releasing methane emissions. The amount of food disposed is the equivalent of approximately $165 billion per year. Despite the fact that food containers and gadgets on the market claim to help perishables last longer, many consumers have reported being frustrated with having to throw out so much food.

Some consumers have turned to less expensive processed food items that last longer in an attempt to prevent waste and save money. However, scientists have developed a packaging film that is coated with clay nanotubes, which have an antibacterial essential oil. The film is said to prevent over-ripening of food and microbial growth, improving the shelf life of perishable food items.

For the past 20 years, scientists have been working on ways to preserve food. In the past, the versatility of materials has hampered any real progress. Films that prevent fruit and vegetables from drying out are nothing new, but incorporating additional properties in the same film to achieve a longer shelf life has been challenging.

A team of researchers led by Hayriye Ünal, Ph.D., from Sabanci University in Turkey started with a polyethylene film and then incorporated clay “halloysite nanotubes,” which are small, hollow cylinders that provide a gas barrier. The nanotubes prevent oxygen from entering the film while preventing water vapor and other bases from escaping. The clay nanotubes also absorb ethylene, preventing it from building up.

The future of food preservation

In addition to the wasteful nature of perishable food items and the resulting methane emissions that occur, there is the issue of consumers eating food that is contaminated. Some people do push the envelope because they don’t want to waste food.

As microbiology experts at the University of Limerick in Ireland have pointed out, there are severe economic costs for people, food companies, and a country’s reputation when it comes to foodborne illness. With plenty of reasons to address the issue of preserving food, scientists are working harder than ever to come up with ways to extend the life of perishable food items.

While the clay antimicrobial packaging is a step in the right direction, researchers know that it will be some time before the technology can be adopted for general use. Officials at Turkey’s Sabanci University have indicated the next step is for them to test the new film to make sure that it is nontoxic.

Related: Superfoods you should be eating daily

Why is kale a superfood?

8 superfood swaps to eat healthy on a budget