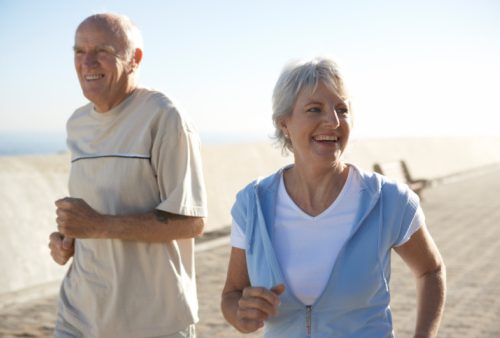 What is one of the best ways to save your brain?  New research published in the Archives of Internal Medicine suggests that regular physical activity may be the best answer.  In short, a quick jog may help to fend off dementia and Alzheimer’s disease.

There is no known cause of Alzheimer’s disease but scientists believe that it occurs when an individual has too many risk factors and the brain is unable to repair itself. Current risk factors that have been identified include:  increasing age, family history and genetics, female gender, removal of the ovaries, diabetes, Down’s Syndrome, Mild Cognitive Impairment, head injury, cardiovascular disease, low levels of education, inflammatory conditions, stress, and depression.

There is no cure for Alzheimer’s disease but there are resources to help an individual and their family live with the disease.  It’s best to speak to your doctor to find out about the treatment options that are available.

So…where does jogging fit in?

According to the Alzheimer’s Research and Prevention Foundation, regular physical activity decreases your risk of developing Alzheimer’s disease by 50%.  In individuals who are already showing signs of cognitive impairment, regular physical activity can help to slow the progression of the disease.   Research shows that a minimum of 20 minutes of walking at least three times per week is needed to reap the brain benefits.  Jogging, dancing, swimming, cycling and anything else that gets your heart pumping and your muscles moving are also fun ways to experience the health benefits.


How does physical activity affect the brain?

Additionally, while exercising reduces the risk of cardiovascular disease, it may affect the brain as well by increasing blood flow and oxygen saturation.  A study conducted by Washington University found the individuals who exercised regularly had lower levels of plaque buildup and had lower levels of tau.  Tau is a marker for neural dysfunction and is found in people with Alzheimer’s disease.

It is important to find way to prevent this fatal disease because as the as the population ages, there will be an increased number of people diagnosed with Alzheimer’s which will stress the healthcare system as well as put stress on family caregivers.  If researchers can identify ways in which to prevent this degenerative disease it will allow individuals to take control over their own brain health. Right now, it looks like going for a quick jog not only keeps you in shape, but it also decreases your risk of developing Alzheimer’s disease.  So, get outside and enjoy the scenery!

Related Reading: The real cause of Alzheimer’s disease?