Home » Anti-Aging » Infertility » Is This The Key to Living Longer? 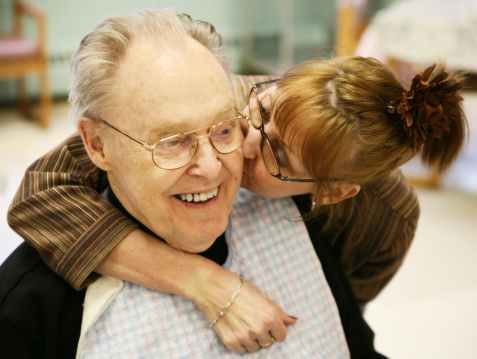 Forever young. It’s a common adage found in songs and movie titles, and its pursuit leads to 274 billion dollars worth of annual sales in the anti-aging market.  Although the average lifespan today is higher than ever before, most of us would jump at the opportunity to maintain a state of youth just a little bit longer and add additional years to our lives. Unfortunately, despite their best efforts, past studies have not provided scientists with a practical approach to actually slow down the aging process and increase the life expectancy of humans.  However, a revolutionary new study, published in the journal EMBO Molecular Medicine, may hold the clue to a treatment that will not only slow the aging process in humans but also help humans to maintain a state of good health and stamina as they age.

Studies Aimed at How to Maintain Youth

Although past studies have found ways to increase the lifespan of many species, they did so by altering the species’ genes at the embryonic stage, which is not a viable approach for humans.  What makes this new study so revolutionary is that lead researcher María Blasco and her colleagues at the Spanish National Cancer Research Centre (CNIO) discovered a way to use gene therapy in order to extend the lifespan of mice that have already reached adulthood.

For the study, the researchers used a DNA-modified virus; replacing the viral genes with the telomerase enzyme, which is a type of enzyme that is believed to slow the body’s biological clock. Telomerase help to reduce aging and maintain youth by repairing telomeres, which are the ends of chromosomes. This is important because telomeres protect the chromosomes, but overtime they lose their ability to do so and as a result the cells stop dividing and they either age or die.

What Do We Do With This Information on Aging

Although researchers are still a long ways away from using these findings on humans, and it is unlikely that this telomerase based therapy will result in us remaining forever young, the study has opened the door for the development of a method to not only increase the lifespan of humans but to also prevent age-related diseases. According to Blasco “Aging is not currently regarded as a disease, but researchers tend increasingly to view it as the common origin of conditions like insulin resistance or cardiovascular disease, whose incidence rises with age. In treating cell aging, we could prevent these diseases.” In fact, the injected mice not only experienced an increase in longevity they also experienced an increase in stamina and health and a delayed onset of age-related diseases such as insulin resistance and osteoporosis.