Home » Brain Function » Parkinsons » Is There a Cure for Parkinson’s in The Works? 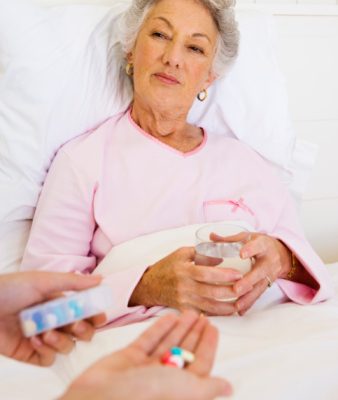 A diagnosis of Parkinson’s disease is a scary one and learning that there isn’t a cure for Parkinson’s is even scarier.  The good news is that researchers are investigating new treatment options to help improve the lives of people diagnosed with this debilitating disease.

What is Parkinson’s Disease?

Parkinson’s disease is a chronic, degenerative disease of the brain.  Parkinson’s disease is one of the most common nervous system disorders in the elderly with over 1 million Americans suffering from the disease and over 5 million people worldwide suffering from it. Parkinson’s disease develops when the nerve cells in the brain that are responsible for dopamine production are destroyed.  Dopamine helps to control muscle movement by sending messages.  The lack of dopamine in the brain of individuals with Parkinson’s leads to a loss of muscle function and as a result those that have Parkinson’s disease often have tremors, as well as difficulty with movement including walking and skills that require co-ordination.  There are also non-motor symptoms of the disease which include sleep problems, loss of the sense of smell, constipation, speech and swallowing difficulties and low pressure upon standing.  Additionally, mood disorder and cognitive impairment can occur which can range from mild memory loss and forgetfulness to dementia.  All of these symptoms get worse over time. Currently there is no cure for Parkinson’s disease; treatment involves symptom control.   Current traditional medical treatment options include drug therapy and/or surgery (deep brain stimulation, lesioning, radiosurgery, and radiofrequency ablation).

RELATED READING:
Introducing The ‘Next Generation CoQ10’ That’s Up To 827% More Powerful

According to the Focused Ultrasound Foundation, focused ultrasound is a non-invasive way to treat Parkinson’s disease. Using this treatment modality, in combination with image guidance, a doctor directs a focused beam of acoustic (sound) energy through a patients’ scalp, skull and brain to thermally coagulate a small area of the brain which destroys the targeted tissue without causing damage to the surrounding tissues.

The Focused Ultrasound Foundation states that there are many benefits of focused ultrasound which still have to be tested in clinical trials, but they include:

–              Because treatment is focused, tissue damage to surrounding areas is unlikely

Until the results from the focused ultrasound studies are published, there are a variety of natural health remedies that you can try (in addition to your drug and/or surgical therapy) to help you cope with the disease.  According to the Mayo Clinic, some of these natural health options include:

Massage therapy – this can help to relax your tense muscles and help with relaxation which will help to deal with the motor difficulties that many people with Parkinson’s have.

Acupuncture – this natural health therapy may help to reduce pain associated with the disease.

Exercise – activities such as yoga, tai chi will help you to gain flexibility, balance and muscle strength.

Meditation – focusing your mind will help you to reduce stress and pain.