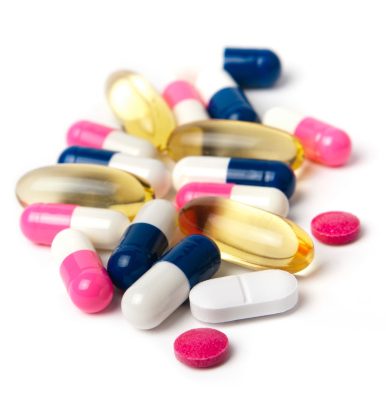 A recent medical report explains that depression is a normal human experience.  Is the pharmaceutical industry taking advantage of this mental health condition?

Mental health pertains to the emotional condition of an individual that allows him or her to function on a daily basis.  When a person does not feel emotionally stable, his or her capacity to perform at work or school may also be affected.

In addition, the interactions of a person suffering from a mental health condition may deteriorate due to the inability to express or accept what they see and feel.  Depression is a mental health condition that is strongly associated with negative thoughts and a generally low mood.  Previous studies have shown the depression is caused by a change in the brain function, in which certain molecules in the body are not produced at their normal levels, resulting in a depressed state.

Depression and How it Impacts Mental Health

The number of cases of depression around the world has increased, especially in the Western countries.  As a response to this increase in incidence, pharmaceutical companies have released a variety of drugs for the treatment of depression.  Each year, millions of people with depression take medications to hopefully correct their brain function and to combat this particular mental health condition.  On the part of pharmaceutical companies, the production of antidepressants has become a big source of revenue, allowing this industry to campaign for the use of these drugs to achieve the “normal” state of brain function.

A recent medical report has shown the results of an investigation on the linkage between the use of medications for depression and multi-billion dollar pharmaceutical industry.  The report has identified that these industries have focused on making the public aware of the mental health condition of depression, possibly oversimplifying its definition to increase its use by society.  One may watch television and see advertisements of anti-depressants, showing a person changing from sad to happy after taking their marketed drug.  These commercials are often designed to influence its viewers of the apparent immediate effect of the drug.


How Much Medication is Necessary for Brain Function

According to the recent medical report, the market for anti-depressants is strongly influenced not only by the need for treatment by individuals with depression, but also by the forces behind the pharmaceutical industries.  The report has explained that a pharmaceutical company that sells millions of dollars’ worth of antidepressants often results in an expansion of its industry and thus these companies would welcome more cases of depression from around the world.  At the same time, the authors of the report have shown that depression and other conditions associated with a change in brain function may also be due to the change in the world.  For example, daily life in the 19th century is much simpler than our routine activities today.  With the existence of cars, computers, and sophisticated equipment, people today are capable of performing multiple tasks.  However, this improvement is also associated with speed in completing tasks, and thus may also put some pressure on an individual to keep on going and going.

The authors are also aware that there is a chance that drugs for the treatment of depression and other mental health conditions may actually not be needed, as seen in individuals who go on vacation in other parts of the world.  For example, people who go on hiking trips find ways of relaxing and restoring their energies in the absence of computers and cellular phones.  Other people go to the beach and find that the time spent outdoors is equally helpful than taking drug formulations for their anxiety.

The medical report did not ultimately identify whether the pharmaceutical industry has taken advantage of the situation of having depressed individuals in society.  However, the report allows the reader to take this issue with a grain of salt and be aware that nature has its own ways of curing certain health conditions and that not all illnesses could be simply treated with medications.